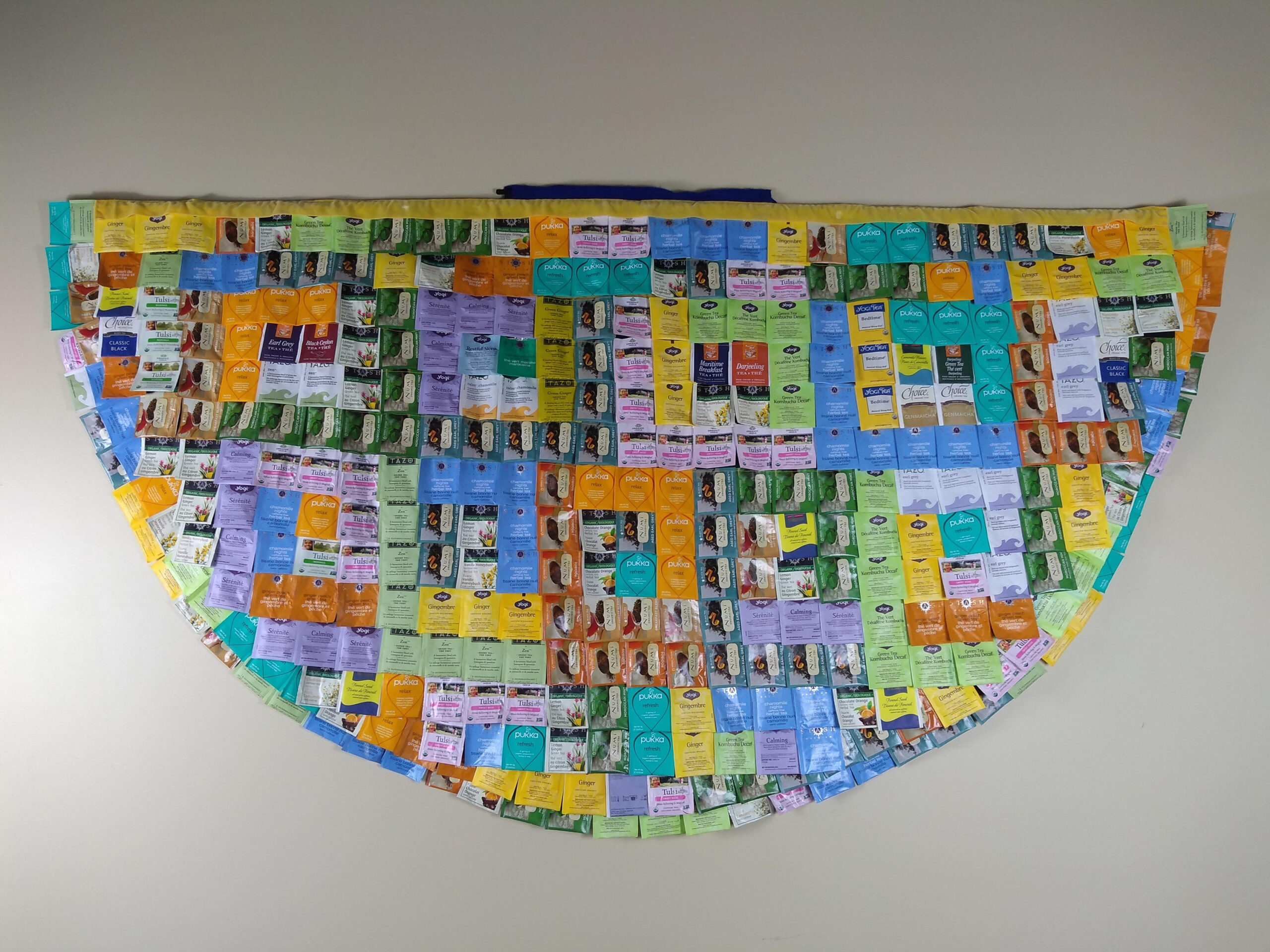 Image Statement: Fibonacci’s famous number sequence (1, 1, 2, 3, 5, 8...) was the inspiration for this piece. It is fashioned after the intricately decorated medieval copes worn by priests and emperors. It is constructed from empty tea bag packets sewn on to a felt backing lined with silk. Rather than using the traditional illustration of the Fibonacci sequence to arrange the tea bag packets, I designed my own block, which is similar to a quilt block. The traditional illustration shows how the numbers form a spiral which is a form found often in nature. My block forms more of a labyrinth. Constructed from garbage, the labyrinthine pattern suggests the laborious task we have ahead of us if we are to escape the destruction of the environment by our avid over consumption.