Community Ties 2022 celebrates the many connections we share as artists and makers. The conference included more than 15 hours of programming spread across January 22 – January 29, 2022.

The conference is recorded and available to attendees until the end of March 2022.

View video from the Closing Session

Get a glimpse of member studios and work. 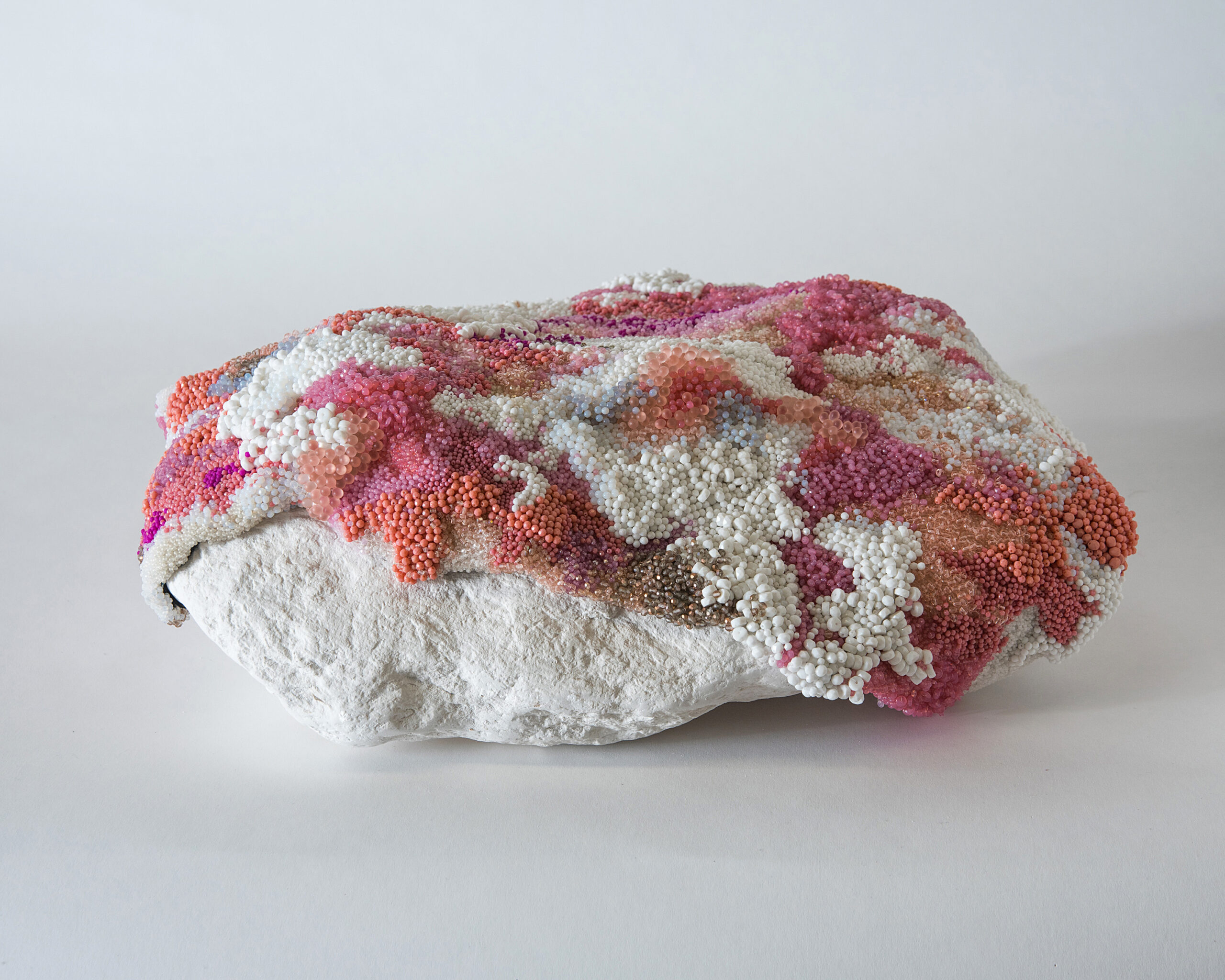 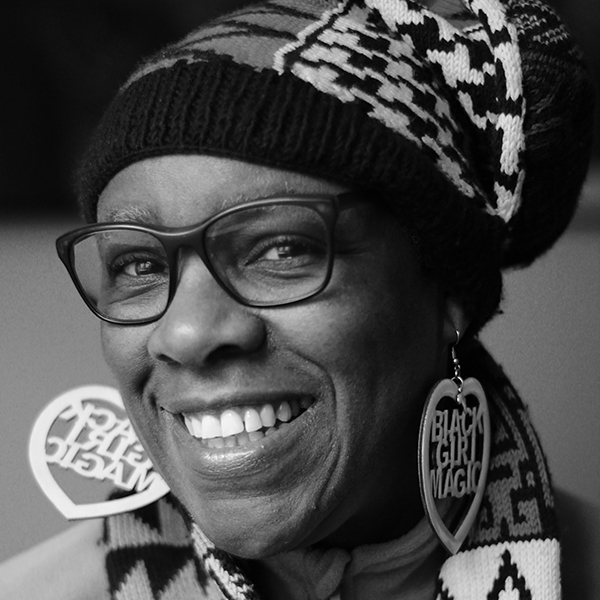 she/her lornahamiltonbrown.com | @lhamiltonbrown“I love to subvert people’s associations and preconceptions of knitting and crochet and to engage audiences with challenging issues.”

Lorna Hamilton BrownLorna is a UK-based artist working with social practice and community based art. A dedicated educator, researcher, knitwear designer, performer and video maker, her dissertation Myth: Black People Don’t Knit – the importance of art and oral histories for documenting the experiences of black knitters, questions the lack of visibility of black crafters and documents their hidden histories. She is currently a Patron of the Knitting & Crochet Guild and a member of Vogue Knitting’s Diversity Advisory Council. 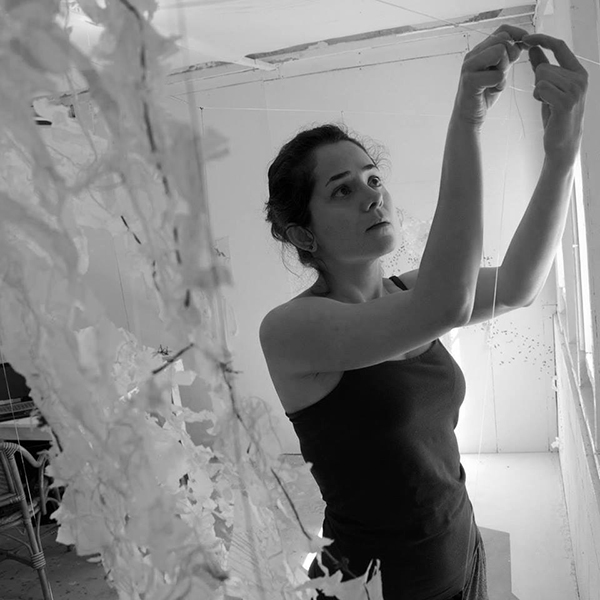 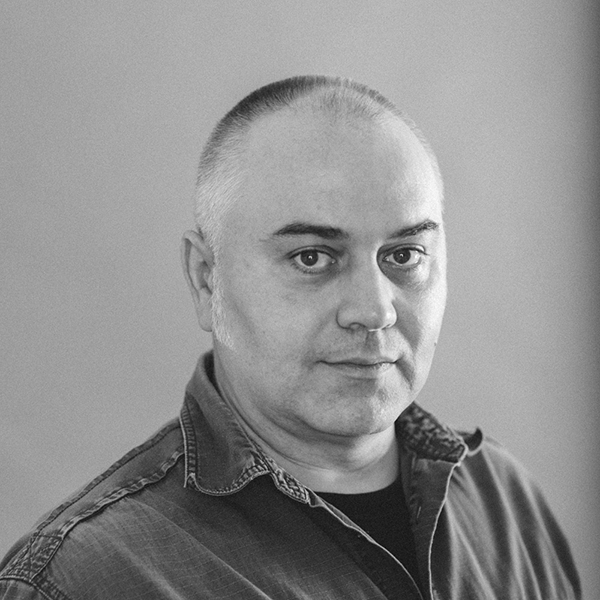 Tibi Chelcea combines traditional Romanian cross-stitch with custom-designed circuit boards to explore the connections between textiles and electronics. Tibi Chelcea was born in Romania and came to the United States to pursue a PhD in Computer Science. He takes elements and processes of traditional art disciplines, such as printmaking and drawing, and combines them with parts and operations of digital technologies. Using traditional Romanian cross-stitch patterns, Tibi explores connections between the textile and electronic industries. Tibi’s work has been exhibited internationally. He received a Pollock-Krasner Foundation grant and an Iowa Artist Fellowship. 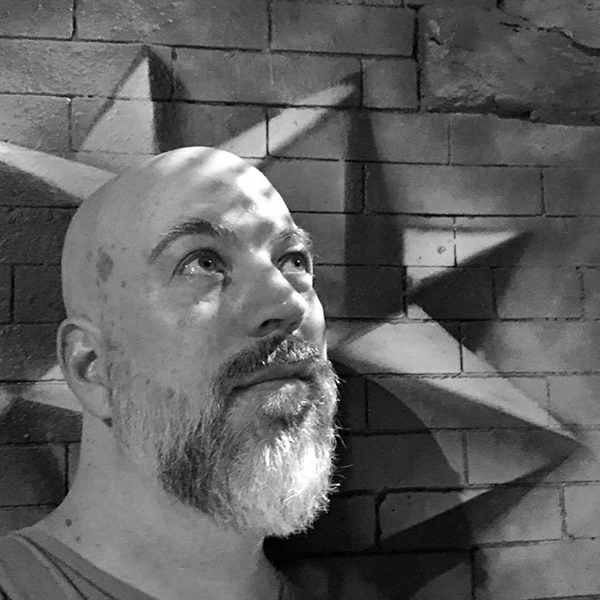 A gender-queer fiber artist, activist, and leader in arts education, Michael Sylvan Robinson earned a MFA in Interdisciplinary Arts from Goddard College and a BA from Bennington College with an emphasis in dance and drama. Originally a costume designer and performance artist, their 2D and 3D contemporary fiber art has been shown in galleries and museum exhibitions around the world. Sylvan’s fashion art work was featured in Vogue Germany and worn by Jordan Roth, theater producer, at the Met Gala 2021. Their fiber art intersections fashion, sculpture, street art and queer activism through innovative use of textile collage and text-based art techniques. 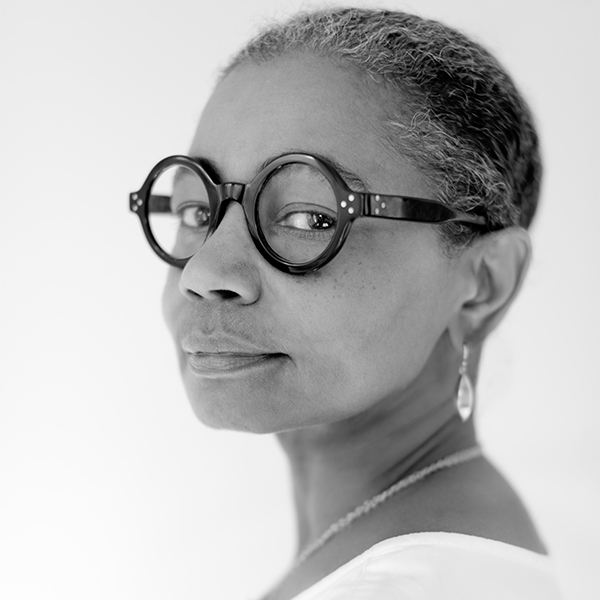 Precious Lovell is an artist, designer, maker and associate professor in the Fashion Design and Textile department at Moore College of Art and Design in Philadelphia. She holds a BFA in Fashion Design and a master’s degree in Art and Design with a Fibers and Surface Design concentration. The cultural significance, narrative, aesthetic and technical qualities of traditional textiles and clothing (particularly those of the African Diaspora) heavily influence her work. She has delivered museum and conference presentations on cloth and clothing of the African Diaspora and has travelled to 45 countries researching and collecting textiles and clothing. Precious’ work has been exhibited across the United States and Internationally. 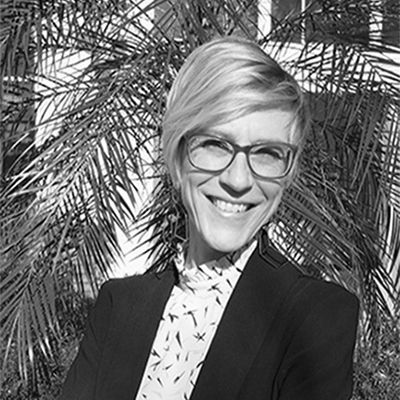 Elizabeth Kozlowski is now serving in her fourth year as Editor for the Surface Design Journal. Kozlowski has a M.A. with Honors in Museum Anthropology from Arizona State University and a B.F.A. in studio art, ceramics from Florida Atlantic University, Boca Raton. She has been awarded numerous curatorial residencies and travel grants including the 2019 Creative New Zealand Cultural Exchange Grant; the 2017 Windgate ITE Scholar-in-Residence at the Center for Art and Wood, Philadelphia; and the Danish Arts Foundation International Research Grant in 2015 and 2017 respectively. Kozlowski is currently a doctoral student in Cultural Anthropology at Tulane University, New Orleans. 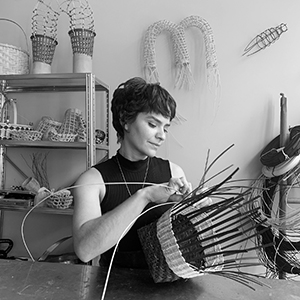 Sarita Westrup is an artist living and working in Dallas, TX. Rooted in basketry techniques and bricolage, her works are inspired by where she was born and raised – the Rio Grande Valley of South on the Texas-Mexico border. Her sculptural baskets focus on the defining urban textures and the bi-cultural aesthetics of her home and are concerned with themes such as tension, movement and containment, joined and permeable space. She received her MFA in Fibers from the University of North Texas in 2016. Her work has exhibited and been published widely. 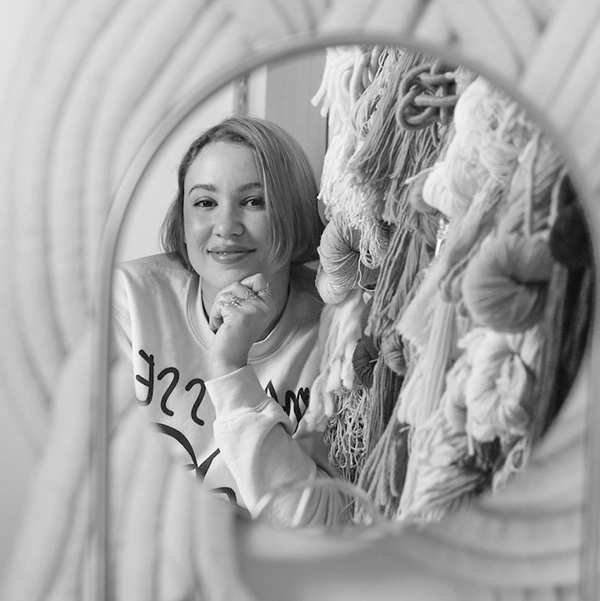 Lise Silva Gomes is an artist based in Oakland, California (Lise is a Portuguese spelling pronounced exactly like “Lizzie”.) Her artwork and jewelry incorporates fiber techniques that span wrapping, latch hook, punch needle, sewing, tassel-making, weaving and knotting. Her book, Sacred Knots: Create, Adorn, and Transform Through the Art of Knotting, is the culmination of her studies and innovations in the medium of knotting. In addition to fiber work, she teaches workshops, illustrates, and writes on approaches to building a community-grounded creative practice. Lise curates a project that celebrates the legacy of fiber called Wovenutopia and offers creative support through her project Craft & Practice. 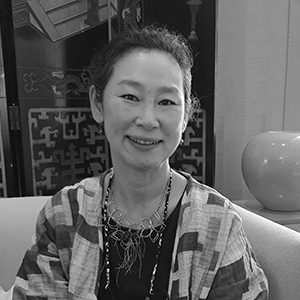 Korean-born artist Youngmin Lee holds a master’s degree in Fashion Design and a bachelor’s degree in clothing and textiles. She has presented numerous workshops, classes and demonstrations on Korean arts and crafts around the Bay Area. She has been a featured artist at the Asian Art Museum in San Francisco and the Oakland Museum. 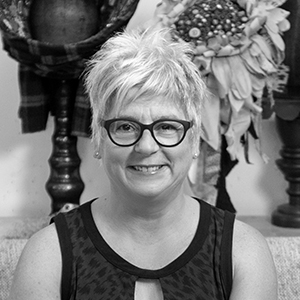 Jodi Colella exhibits and teaches internationally. She is a member of Boston Sculptors Gallery, SDA Events Committee and a recipient of a 2019 Massachusetts Cultural Council Fellowship Award for Sculpture. Realizing the complexities of vulnerability and power, her work interrogates areas of cultural tension—identity politics, institutionalized prejudice, corporal agency, and substance use. She has collaborated on several public art projects and her work is held in multiple museum collections. 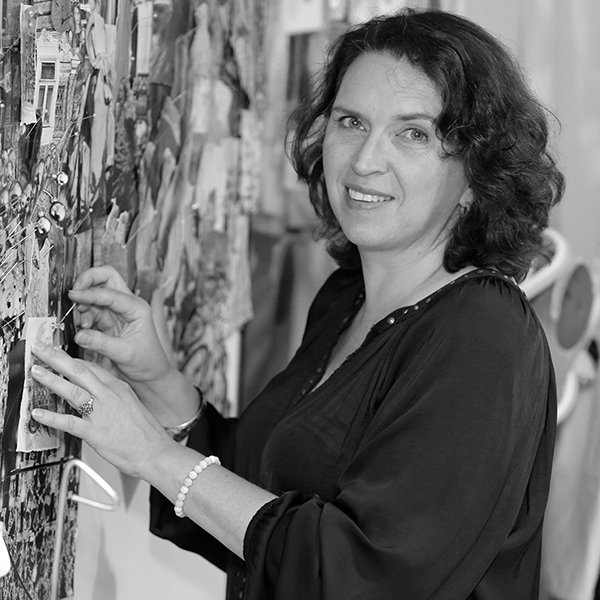 Using materials that would otherwise end up in landfills, artist Natalya Khorover draws inspiration from urban environments and nature. She meticulously hand-stitches and mends vintage linen alongside translucent single-use plastics to render these materials unrecognizable. Her collaged pieces have been exhibited throughout the United States. In addition to her art practice, Natalya works as an educator and material consultant for other artists who are struggling to achieve their creative visions. 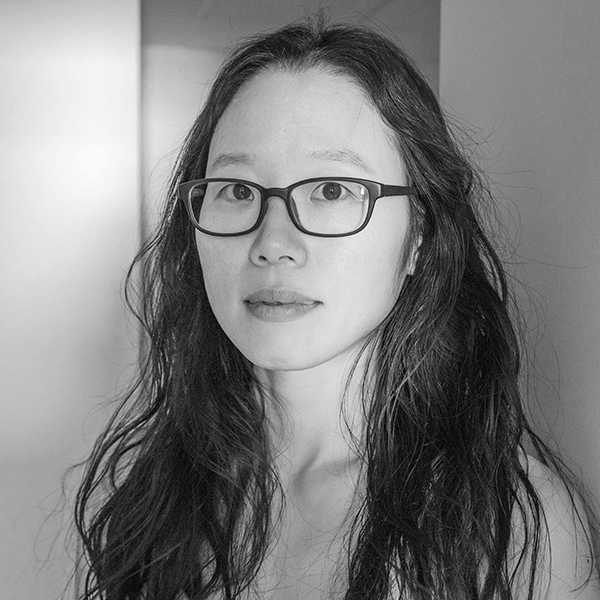 Aimee Lee is an artist who makes paper, writes and advocates for Korean papermaking practices as an independent scholar and Ohio Arts council Heritage Fellow. Her Fulbright research led to the first hanji studio in North America, an award-winning book, Hanji Unfurled, and an active studio practice that includes jiseung, joomchi, paper textile, botanical paper and natural dyeing techniques. Her intense hand work connects to ongoing Korean and East Asian traditions, which root her daily labor in a lineage that traces back centuries. 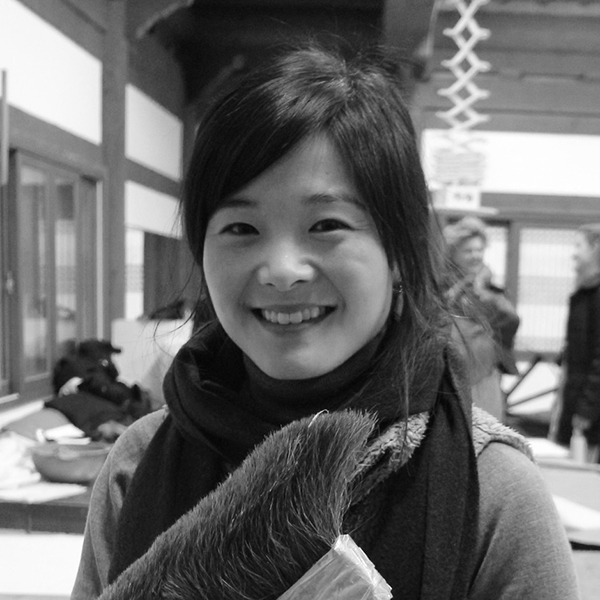 Steph Rue fell in love with the papermaking process while obtaining her MFA at the University of Iowa Center for the Book. She went on to study traditional Korean bookbinding, papermaking and printing in South Korea on a Fulbright Research Grant in 2015-16. She is one of the founders of the Korean American Artist collective and a member of the Book/Print Artist/Scholar of Color Collective. Her work is informed by her religious upbringing, Korean heritage, and background in traditional book and paper arts. 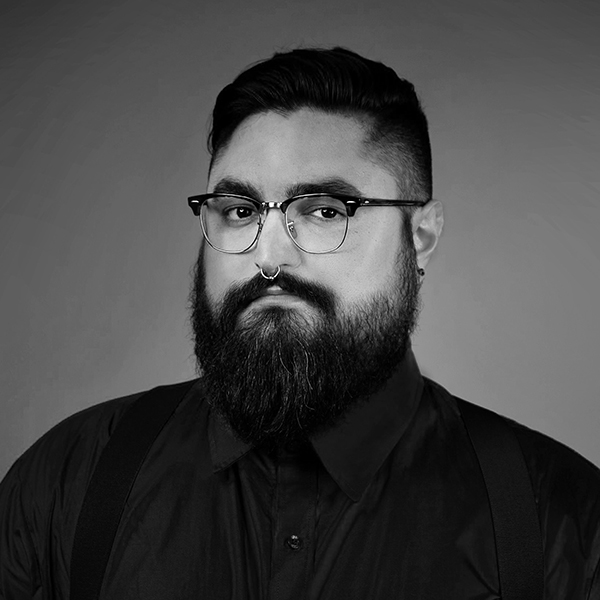 Based in Los Angeles, Ben Cuevas is an artist working in textiles, sculpture, installation, photography, video, sound and performance. His practice underscores queer/feminist ideologies with a focus on the condition of embodiment. As a queer, non-binary, HIV-positive, Latinx artist, identity directly influences his work, which he often uses to raise awareness highlighting the personal as political. Ben has exhibited around the country, is a prolific speaker and workshop facilitator and has been featured in numerous publications. Throughout its pluralities, his work reflects the condition of embodiment: exploring what it means to have a body, to inhabit a body, to be a body incarnated in and interacting with this world. 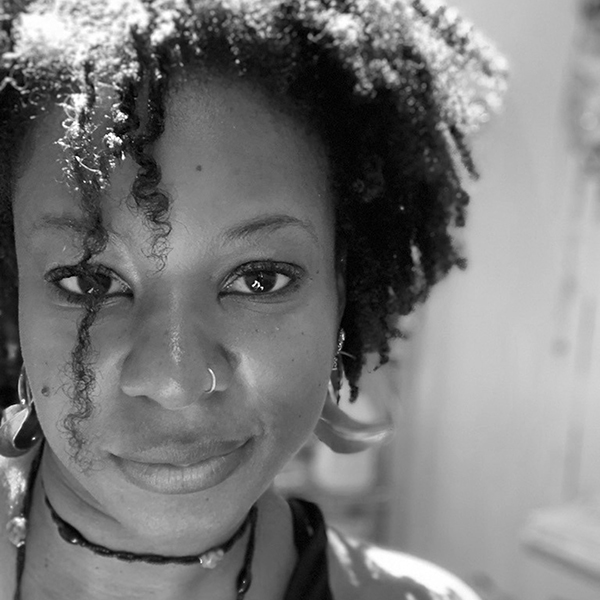 Amber Robles-Gordon is a mixed media visual artist of Puerto Rican and West Indian heritage. She is known for her commissioned temporary and permanent public art installations and has a BS in Business Administration at Trinity University and a MFA in Painting from Howard University, Washington, DC. Her creations are visual representations of her hybridism: a fusion of her gender, ethnicity, cultural and social experiences. Driven by the need to construct her own distinctive path, innovate and challenge social norms, her artwork is unconventional and non-formulaic. The underpinnings of her creations are imbued to reveal racial i.njustice and the paradoxes within the imbalance of masculine and feminine energies within our society. 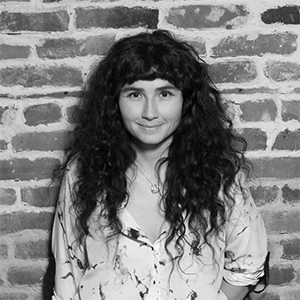 Soledad Fátima Muñoz is an interdisciplinary artist, cultural worker and researcher born in her family’s exile in Canada and raised in Rancagua, Chile. Her work seeks to explore the ever-changing social spaces we inhabit and the archival properties of cloth. Soledad holds a Diploma in Textile Arts from Capilano University, a Bachelor of Fine Arts Degree from Emily Carr University Arts + Design and a Master in Fine Arts from the Department of Fiber and Material Studies of the School of the Art Institute of Chicago. Through the investigation of the materiality of sound and the understanding of the woven structure as the continuation of our interconnected social gesture, her practice seeks to fabricate embodied instances that participate in the construction of a more equitable society and the creation of new archives of resistance. 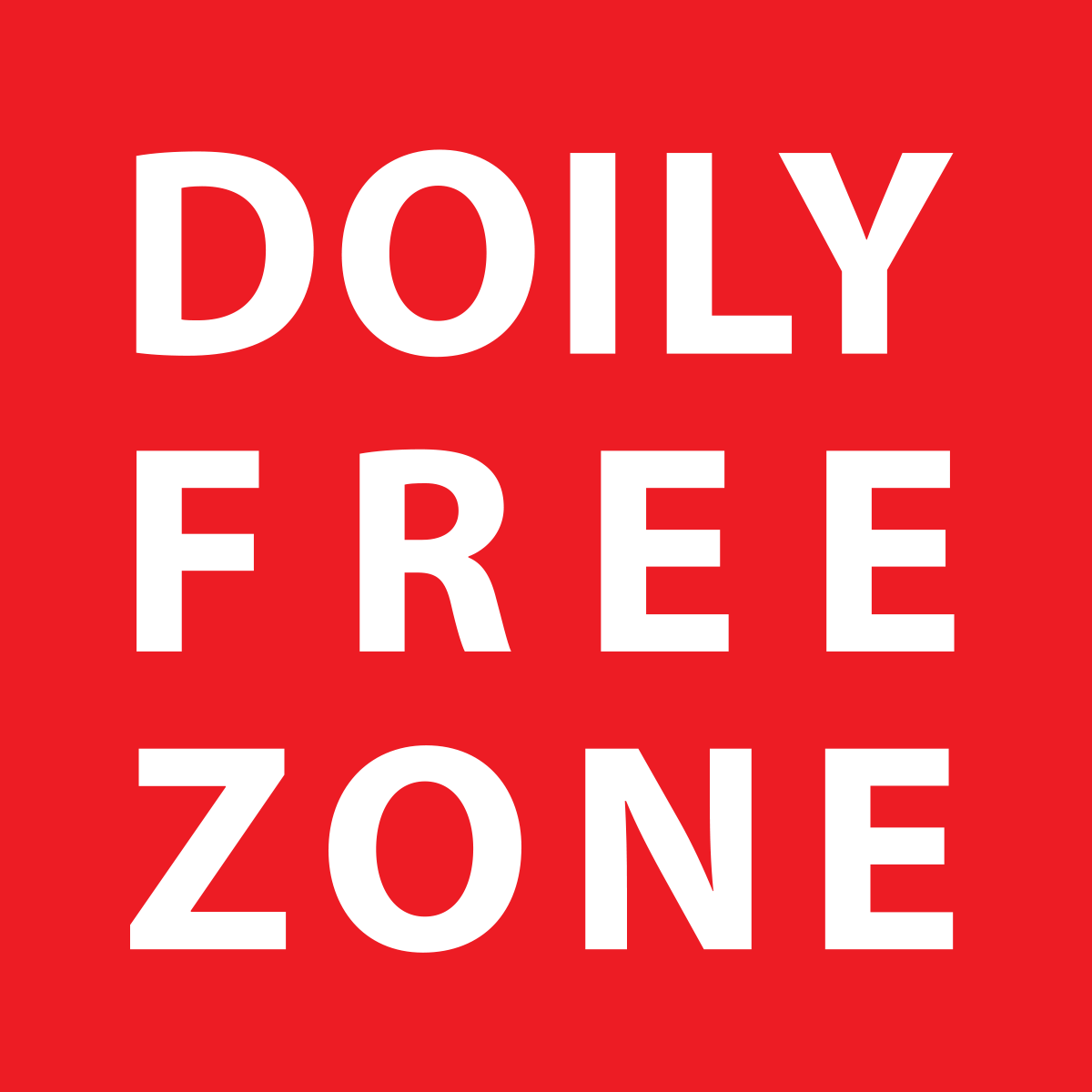 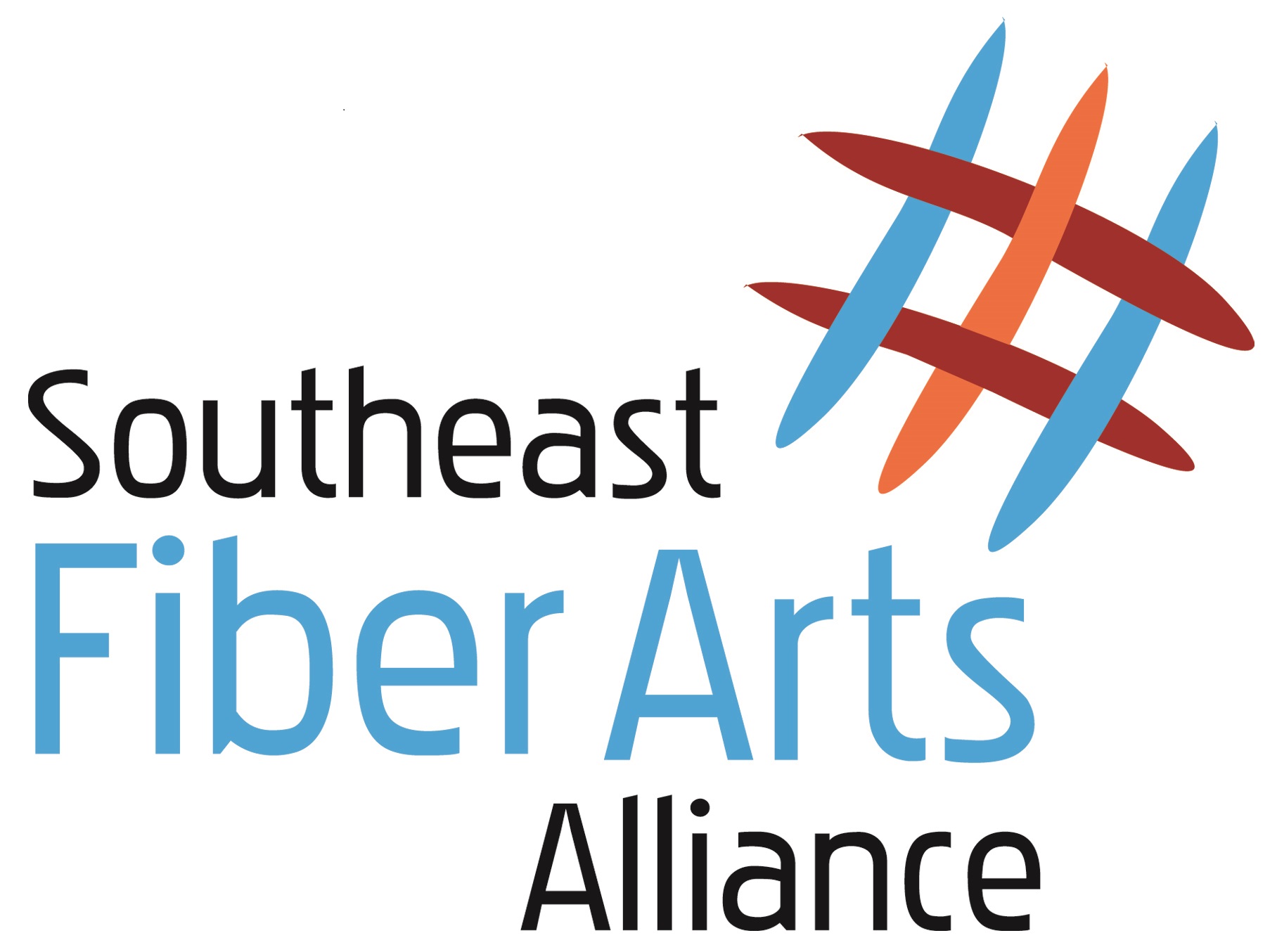 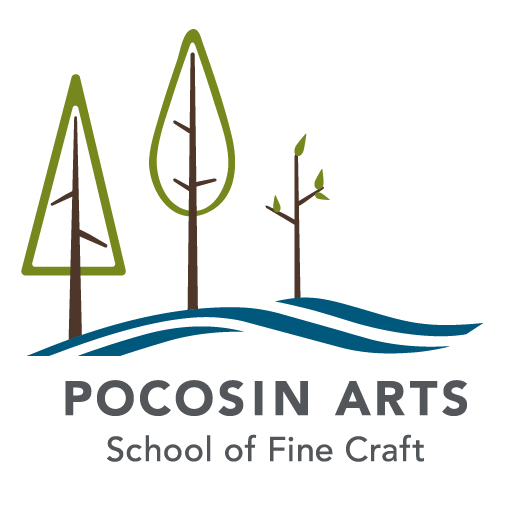