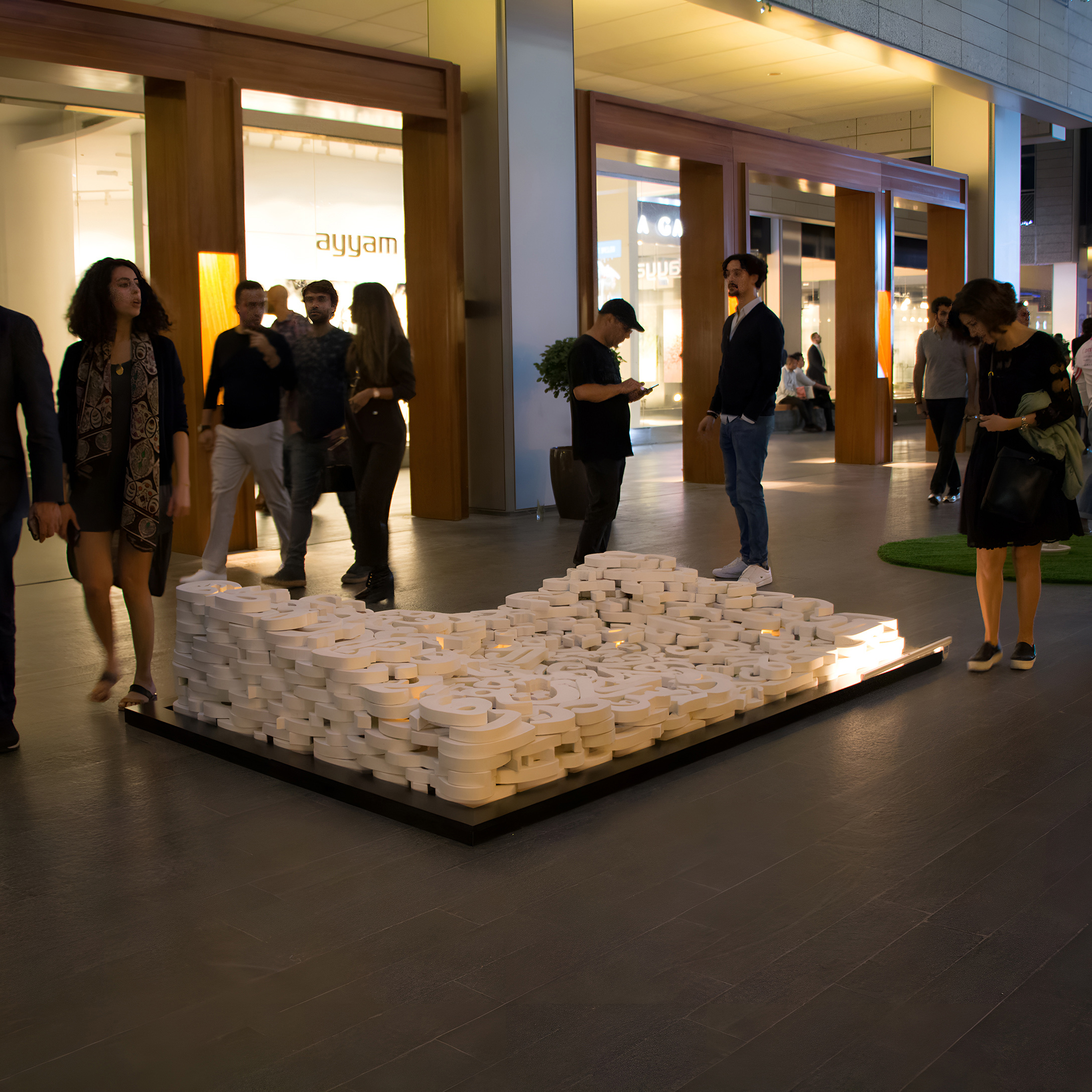 Image Statement: With the spread of Islam, many languages adopted the Arabic script as a primary writing system. In order to represent phonemes that Arabic does not cover, adaptation led to the additions of hundreds of new letter designs. In the past century, many of these languages replaced the Arabic with Latin, Cyrillic or Hindi scripts. Other languages are currently following the same lead. The artist has created an installation that addresses the loss of Arabic script use. It is literally built using hand-crafted Arabic letter bricks representing the languages that still use the Arabic script. Letters of languages that abandoned Arabic script will be broken down the floor leaving gaps in the installation body. The gap is growing and this message a call to action.