Hanging at the Pompidou 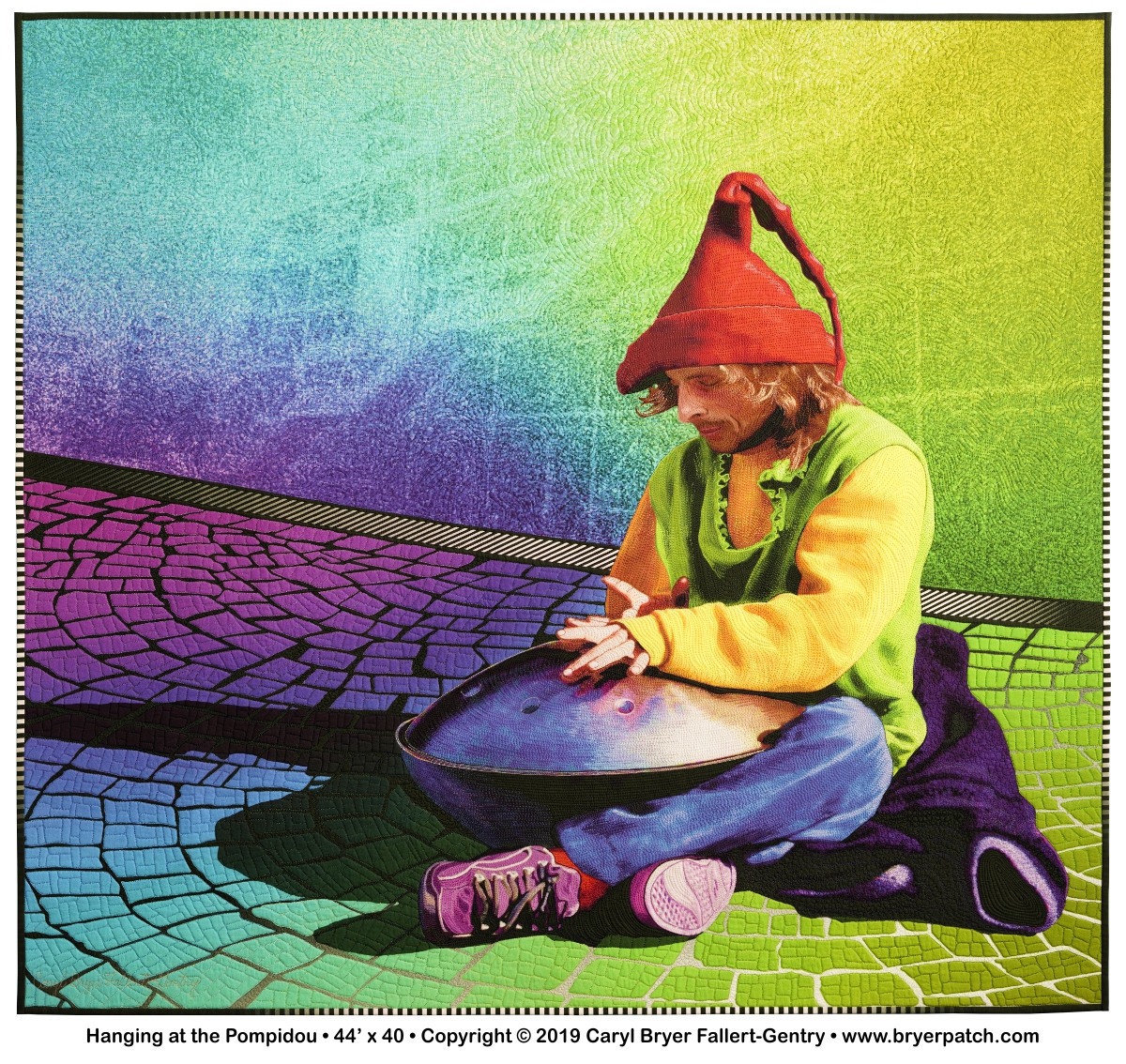 Title: Hanging at the Pompidou

Image Statement: In Paris, on a vast, cobblestone plaza, in front of the Pompidou Museum of Contemporary Art, I photographed a lone musician, absorbed with playing an instrument called a “hang”. Ten years later I decided to use this image in a quilt. Using a vector-design program I drew the outlines of the cobblestones and filled them with a gradation of rainbow colors. In the spaces between the cobblestones I used a gradation from white to black. What had been a water drain in my photograph became a diagonal line of black and white stripes, dividing the sky and ground. I designed the sky in another gradation of rainbow hues with a speckled pattern, reminiscent of the pointillist painting of Seurat, and in which you can see the subtle outlines of the Pompidou Museum façade. I painted the figure of the musician digitally, using my Microsoft Surface Design (touch screen) computer and gave him a colorful wardrobe of saturated colors to replace the browns and beiges he was wearing in real life. The composite image was digitally printed on cotton fabric. Many different colors of thread were used in the quilting, which approached the level of thread painting in the figure of the musician.