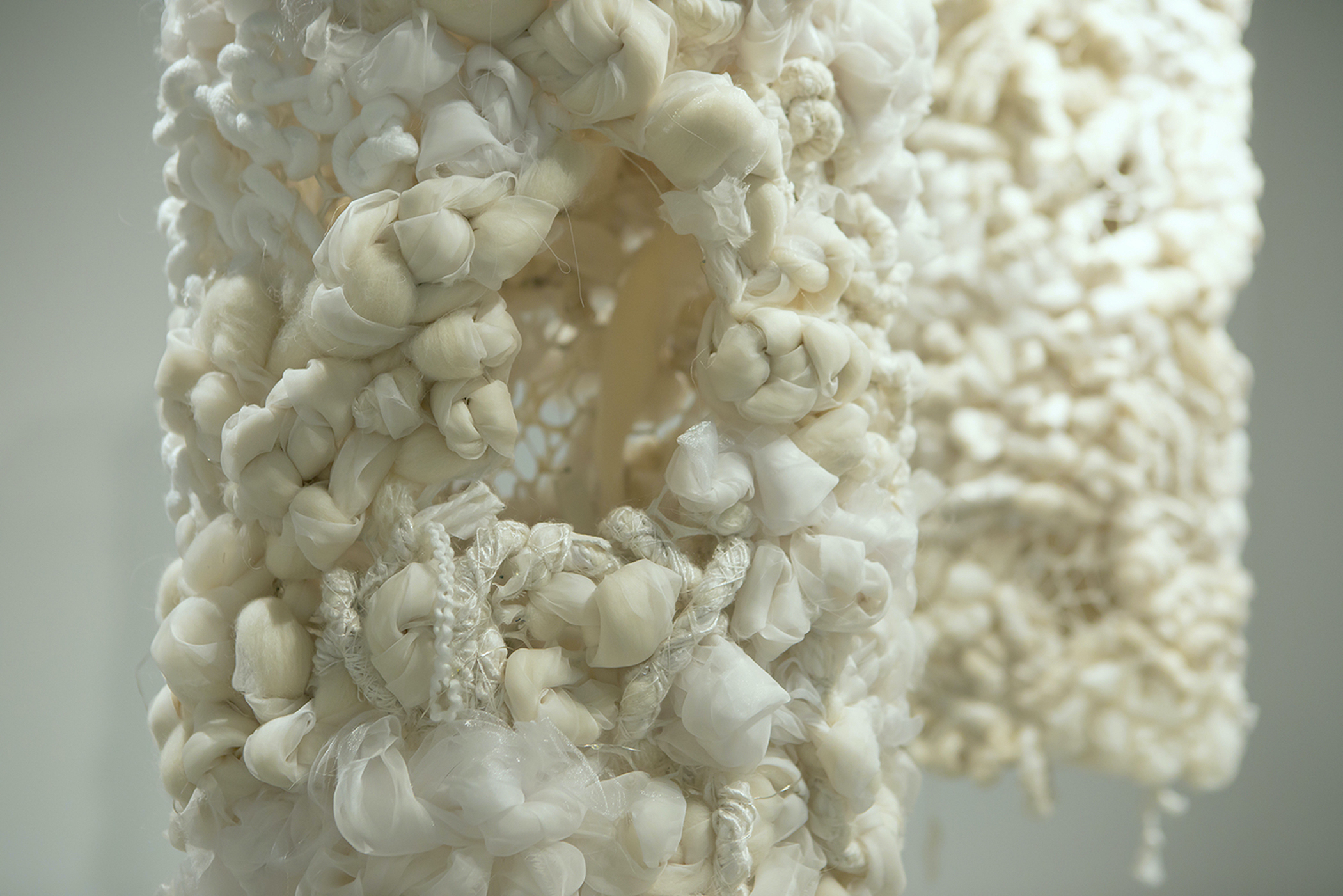 Title: The Power of Remembrance/Detail

Image Statement: I was a flight attendant for United Airlines on my way to Boston for a medical procedure when I heard the news of the first plane hitting the World Trade Center on September 11, 2001. By the time I arrived at the hospital, I’d learned about the second plane, and I knew from training this was terrorism. I lost 35 friends and colleagues that day. The Power of Remembrance project began three years later when United offered employees a company-wide leave of absence and I enrolled in a BFA program. Not fully realizing it, I had begun a 20-year project of unraveling and documenting my 9/11 grief and trauma. I began working with structures and fibers in graduate school at Lesley University. This installation brings full circle my aesthetic response to the tragic attacks on 9/11. It was during grad school that art became my form of meditation, I honor my colleagues and all the victims by creating these totemic forms. The four columns stand for the two United and two American Airlines planes. The columns are compose