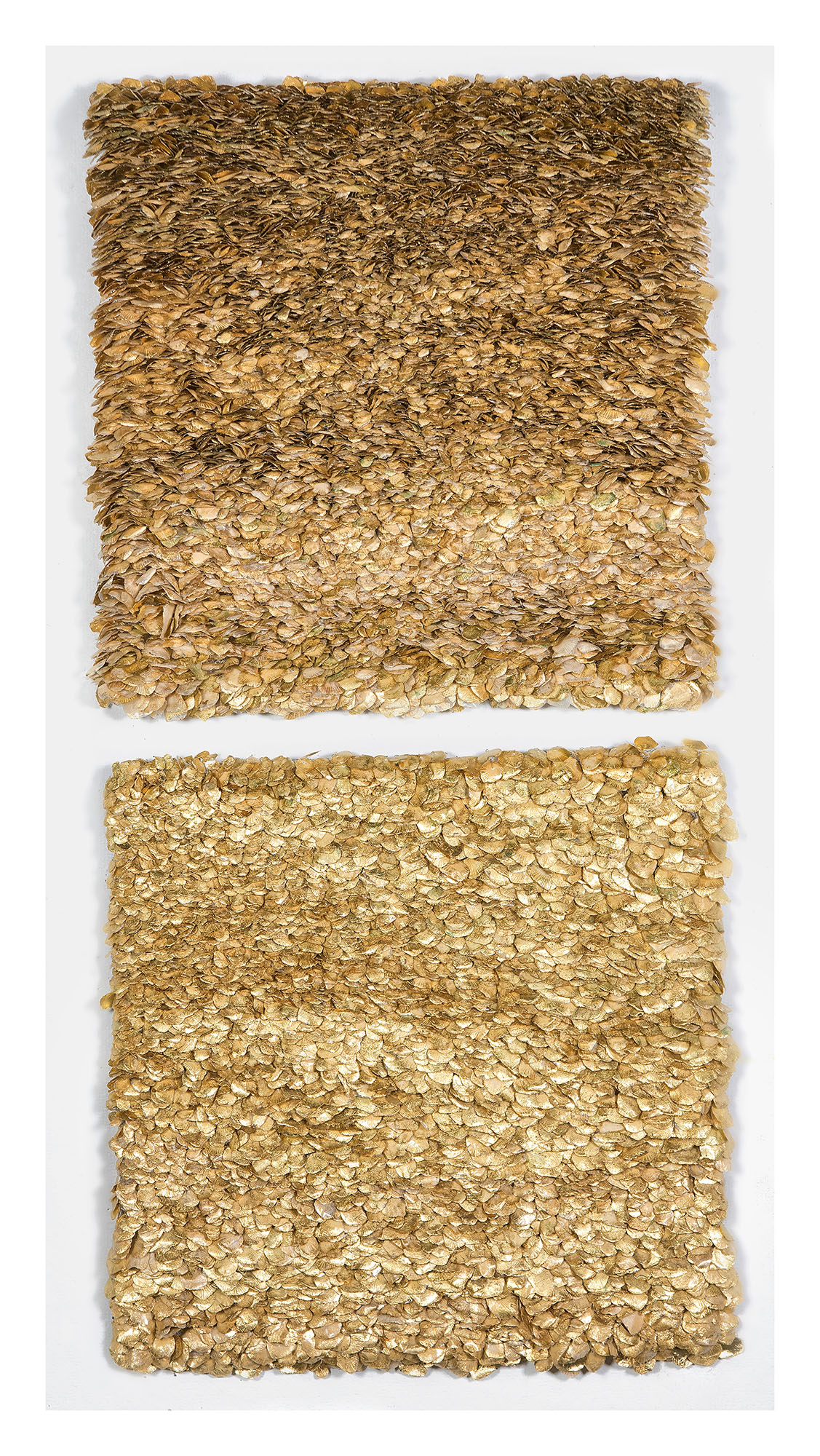 Image Statement: Emily Sullivan Smith’s work explores the push and pull between the natural world and human behavior. Implicit in the pieces is a balance, harmony and disharmony between the self-sustaining actions found in both the natural and human worlds. How human convenience, privilege and personal choice might push against the benevolent orders of nature. A quote from poet Mary Oliver conjures the sentiment of the work and the relationship of the viewer to it. Oliver writes in her essay, Upstream, “Attention is the beginning of devotion”. Sullivan Smith employs cultural and material knowledge from viewers to realize her ideas. Her work contains undertones of environmental activism, inviting viewers to infer their own relationship to the topics at hand. Individual histories, experiences and beliefs play a critical role in unraveling and tying together meaning. She often uses labor as a material, inviting audiences to take her labor into account as a surrogate for the labors of nature. Several of her pieces have taken years to complete or the assistance of other artists working in community. These efforts are intended to invoke the human understanding of work and time, calling attention to the fragility of the natural world and the dissonance between human and environmental timelines. In her practice, Sullivan Smith pulls from the global effects of humans on the natural world and also from her own small piece of land in suburban Ohio, where she fosters organic gardens, wild flower patches and her own awareness of the effects of her lifestyle on an individual scale. Travel and experiences in a variety of climates and micro environments from Iceland, the Pacific Northwest and the Eastern Sea Board to the mono-culture of her local grocery store all shape and effect her practice. Walking, deep looking and awareness of the effect of her senses on her psyche are the guiding forces behind her work.