What Does 3D Printing Have To Do With Fiber Art? 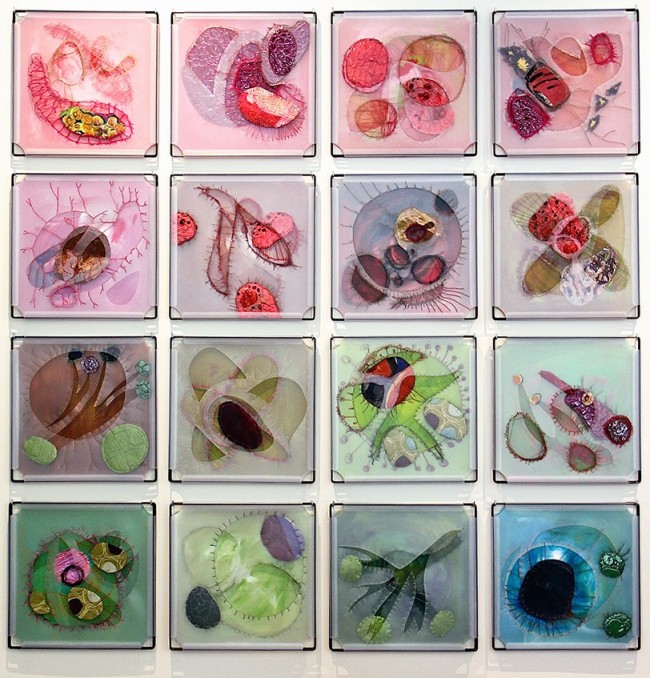 In February 1992 an astute writer wrote a magazine article about my burgeoning hat business in which she observed that “Rich manages to do only what interests her for as long as it interests her.”

She then quoted me saying ‘I can see what’s coming up’ and went on to observe that “Call it a sixth sense or intuition, but Rich has proven herself”.

This writer’s assessment has proved true as I ride waves of creative ideas, injecting a dizzying array of materials and constantly introducing new techniques into my work.

The large sculptural works and sweaters I dyed with plants, wove and stitched in the 1970s-80s led to a successful wearable art business.

From the 1990s to the present, I continued to utilize machine embroidery and integrate mixed media and detritus into sculptures. I created installation works large enough to walk through and devised interactive art that invited viewers to participate in my vision. 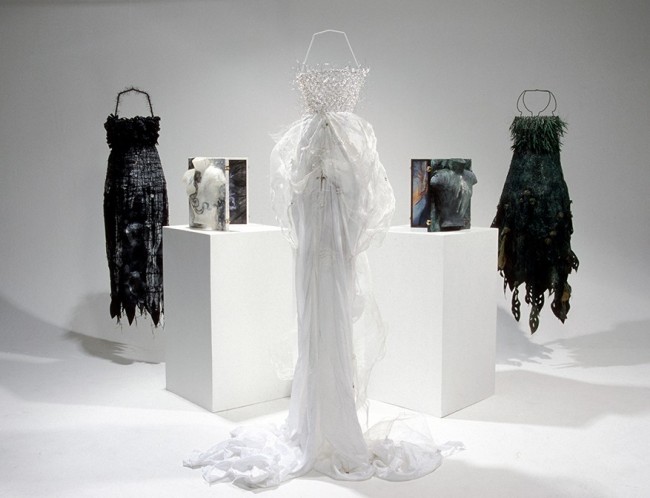 Then 3 years ago I started reading about 3D printers.

My husband became interested. We discussed the radical changes they would spark – then watched those changes ignite.

Concrete houses can now be built in a few days for $5,000. Printers can sit on a boat gobbling up plastic trash from the ocean’s Great Pacific Gyre then extrude recycled furniture to sell. Replacement skulls, bones and temporary hearts for humans, meat that requires no animal – all may now be “printed”. 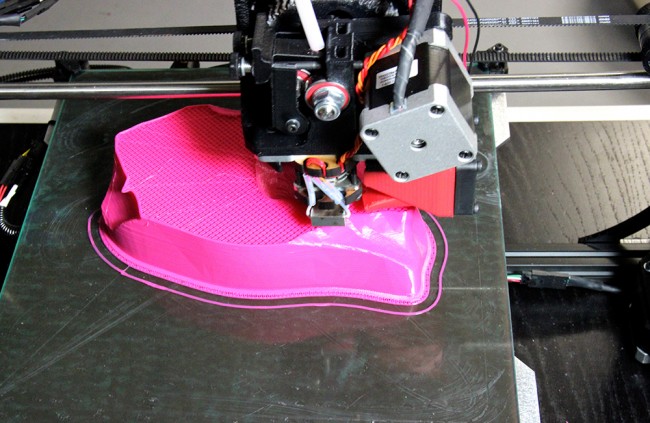 The Jetsons, my favorite 1960’s TV show, featured a machine that spit out on-demand food and self-driving vehicles that crisscrossed the sky. The show eerily predicted a society that blended home and work, a totally plausible idea to my young mind then and a precursor of what is happening now.

We began to research the purchase of a 3D printer in 2013. I needed to justify the expense by coming up with ways to use it artistically. I am not much of a techie but, luckily, my husband is. 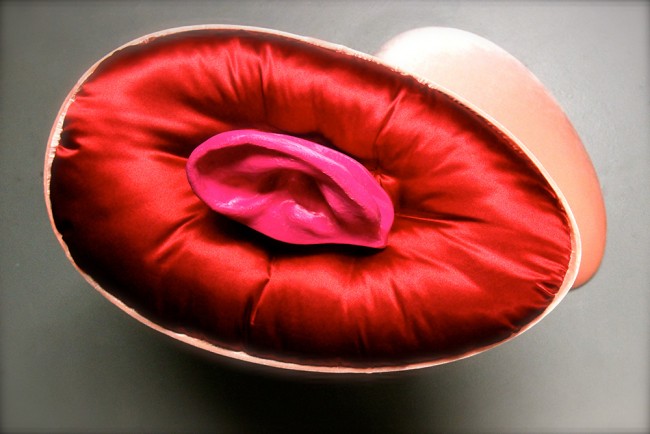 The information-gathering and expertise he acquired on the subject led him to a new career as VP of a Future Experiences lab at an advertising agency. They use plastic, chocolate and candy 3D printers, along with augmented and virtual reality equipment and robots for corporate advertising purposes. 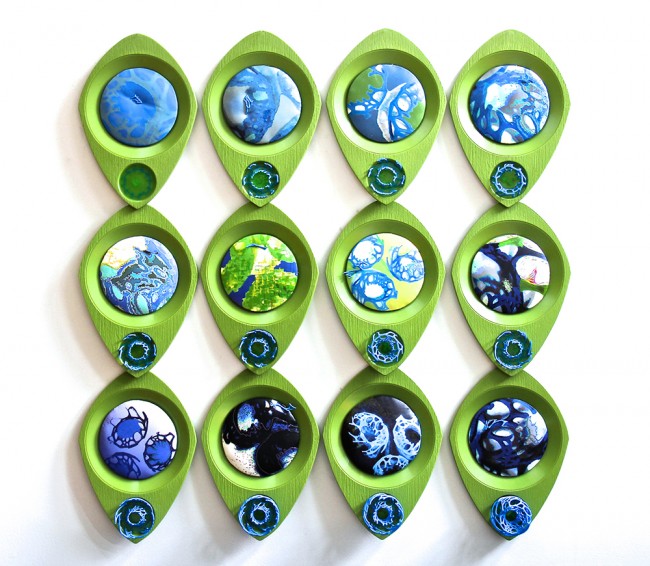 The printer has a heated bed which holds items firmly as they print and prevents warping. It had the lowest price with the highest rating and uses an open-source software platform. (This means anyone can modify and improve upon existing files, many of which are available at Thingiverse.com – thus making everyone a designer.)

However, in their present incarnation, these machines are NOT simple. In the first 2 months my husband took ours apart several times and replaced parts, some of which we printed on the printer itself! 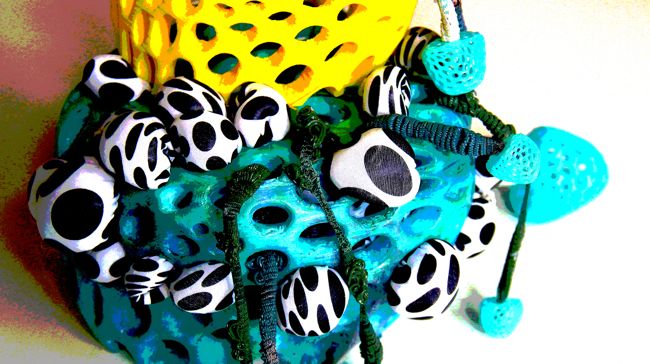 We are now updating the print head…since these machines are obsolete before they even leave the shipping center. I would NOT have been able to figure this all out alone.

There is much to learn when creating your own designs; we use Tinkercad since it is simple and free. Individuals with CAD design experience have a 3D modeling advantage.

I had to further figure conceptual contribution to my art making as forms emerged from the printer. I am still a fiber artist at heart and everything must be tactile.

The impact of this technology on being an aging artist is huge. As my carpal tunnel and arthritis advance, it will enable me to be creative when I am unable to do the detailed handwork I used to do. 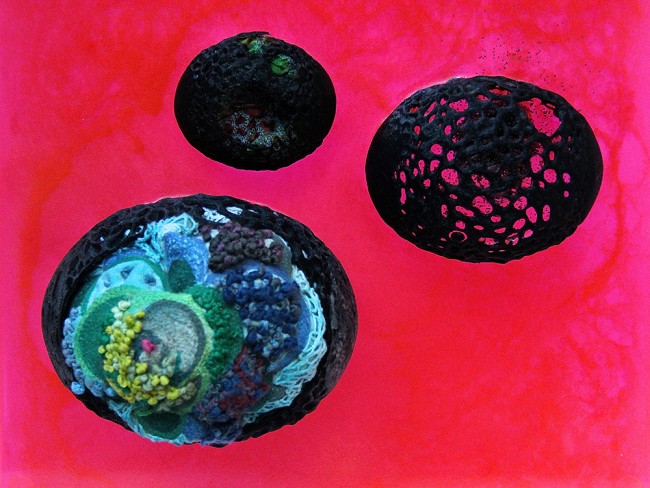 I am combining machine embroidery, knitted wire, materials embedded in resin, digital image transfers on fabric from my original photos, recycled elements and more with the structures I am printing. I am constantly amazed at how the work morphs as the print forms, imbuing me with new ideas. It’s a new tool, just as the loom, the knitting machine, the sewing machine and the computer were once new tools that have changed the way we express ourselves.

It’s a brave new world. I can see what’s coming next – and it’s fantastic. 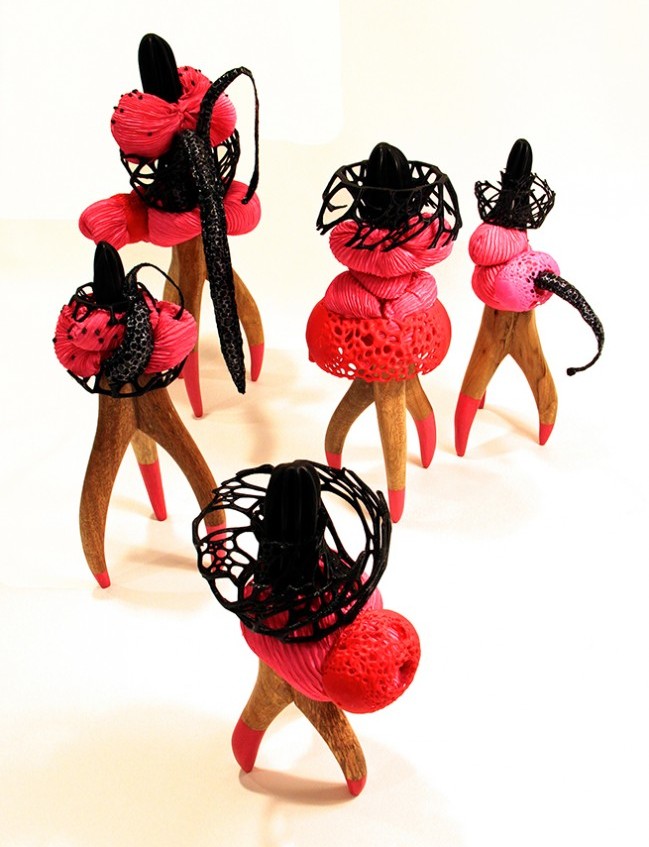 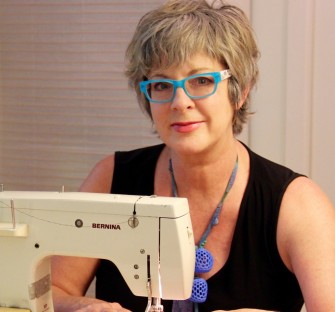 Leisa Rich is an artist working in 2D, 3D, sculpture, installation and 3D printing that incorporates fiber mixed media materials and techniques. She holds MFA and BFA degrees in fiber and a B.Ed in art.

Rich exhibits internationally. She has work in many private and corporate collections including Emory Healthcare, Dallas Museum of Art, University of Texas-Pan American, University of North Texas and the Kamm Foundation. Her work has also been featured in books, magazines, blogs and televised interviews including PBS’ Incontext.

An educator for 40 years, she teaches classes and workshops in her studio and at arts centers around the USA. She has written for Fiber Art Now, Felt magazine, Arts ATLANTA and Burnaway, among others. Visit her website at www.monaleisa.com 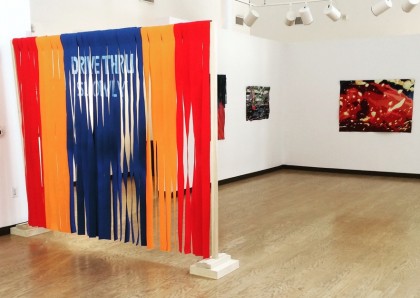 OPENING SOON: (October 30-November 27, 2015) is her exhibition Invisible:visAble that showcases art informed by a variety of hidden disabilities the participating artists face., also at Abernathy Art Center in Atlanta, GA/USA. Rich was awarded an SDA Socially Engaged Practices Grant (2015) to support the development of this project.