Carol Westfall, an artist known internationally and a retired Professor of textiles in the Art Department at Montclair State University, Montclair, New Jersey, died December 11, 2016. She was 78. A graduate of the Rhode Island School of Design (BA) and the Maryland Institute College of Art (MICA) (MFA), Westfall was also an instructor at Teachers College, Columbia University, and a member of SDA for many years. 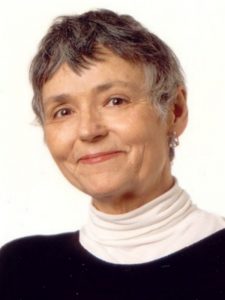 Westfall’s early investigation of textile materials and processes coincided with the beginning of the Fiber Art Movement in the 1970s. “I have been exploring the cultural roots and contemporary imagery of the movement that evolved from the study of aspects of textile traditions,” she wrote in her artist statement.  “These traditions encompass an extraordinary variety of materials, processes and, most importantly, visual messages.  I have combined these traditions with my interests in feminist concerns, current issues in the arts and society and an abiding love for various foreign cultures.” 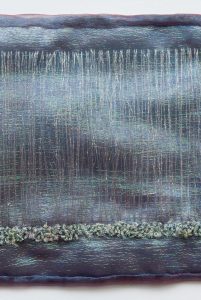 Inspired by travels to countries including India, Japan, Afghanistan, China and Mexico, Westfall explored a wide variety of techniques including computerized jacquard weaving, handmade paper, digital printing, felting, and neon as a linear element. Rather than an identifiable “look,” a consistent characteristic in her work was the visual expression of current issues. For example, ZPG Please (Zero Population Growth), a wrapped sisal sculpture shown at the 7th Biennial of Tapestry, Lausanne, Switzerland (1975), addressed a timely social concern.

Following studies in India on a sabbatical as a Fulbright Fellow, Westfall organized the exhibition One Woman: The Web of India. Under the auspices of the Handweavers Guild of America (HGA), this traveled to Texas, Michigan, Utah, Nebraska, and Missouri. 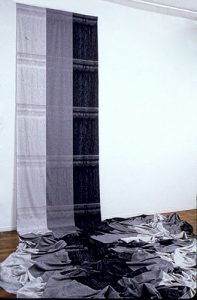 Technology as Catalyst (2002), a presentation of digital images on fabric at the Textile Museum, Washington, D.C. (2002) was among numerous cutting-edge national exhibitions in which Westfall participated. She was represented in numerous international exhibitions including Three Women from Montclair (1995) at the Tannen Art Festival, Fukui, Japan; the 9th International Triennial for Mini-Textiles, Jean Lurçat at the Contemporary Tapestry Museum, Angers, France (2009); the New Vision 6th International Fiber Art (2010) at the Henan Art Museum, Zhengzhou, China, and the 7th Fiberart Biennale (2012), Nantong, China (2012). 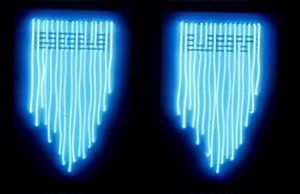 Westfall occasionally reviewed exhibitions for the Surface Design Journal, and for many years served as a contributing editor for the HGA magazine, Shuttle, Spindle & Dyepot.