“CARPA at CAA” by Sara Clugage

On Saturday, February 24, at 19:30 hours, the Craft Advanced Research Projects Agency (CARPA) briefed members of the Critical Craft Forum (CCF) on recent advances and developments in craft defense technology. CCF participants finished their day of panels and discussions at the annual conference of the College Art Association (CAA) with a reception at the Craft and Folk Art Museum (CAFAM), at which CARPA offered press packets and credentials to attending artists and scholars. 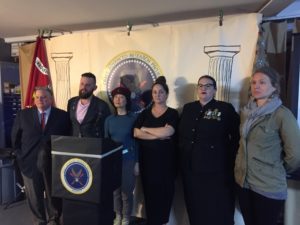 Opening statements were given by two of CARPA’s directors Carole Frances Lung and Sara Clugage (of the Adaptive Craft Execution Office and the Strategic Media Office, respectively). Together with Director Otto von Busch of the Craft Sciences Office, we are responsible for the development of new craft technologies for the use of the United States and its allies. The focus of CARPA is the strategic advancement of craft in order to shape conditions for stability and progress. We do this by sponsoring revolutionary, high-payoff research that bridges the gap between fundamental research and their craft applications. CARPA agents and contracting artists represent the best minds in American defense. At CAFAM, agents Steven Frost, Lauren Ross, Jemima Wyman, and Jennifer Moon presented their recent work, which has identified and surpassed some of the most challenging hurdles in craft security. 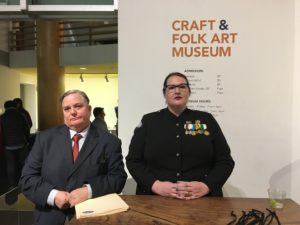 Steven Frost described a successful strategy deployed by gun companies to expand their market share with female buyers. Nicknamed “pink it and shrink it,” the strategy consists of making smaller firearms and accessories and offering a variety of feminine colorways to entice new customers. Gun manufacturers intend female customers to associate owning a gun with personal freedom and “empowerment”—while likeminded attempts in other industries (pink Bic pens, pink razors, pink beer) have been met with disdain, pink guns have been popular. Part of the strategy involves customization options (new camouflage patterns, rhinestone embellishments, and vinyl wraps featuring well-known characters like Hello Kitty) making these weapons of individual expression and image-making. 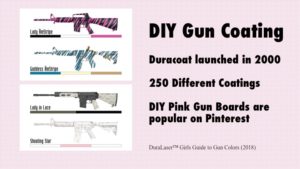 Lauren Ross gave a progress report on low-fi drone catcher technology, following the Drone Catcher Technology (DCT) she developed at Camp CARPA in 2013. Ross noted that drone use has become even more widespread during the last five years. At the opening ceremonies of the 2018 Olympic Winter Games, 1200 drones performed a synchronized light show in a pacifistic display of drone capabilities. Given a civilian population growing less suspicious of unnamed aerial vehicles, it is apt for the Drone Catcher to itself elicit less panicked responses. The Drone Survival Guide, created by artist Rubin Pater in 2015 and freely distributed online, refers to drone spotting as “21st Century Bird Watching” and offers civilians strategies for hiding from, tricking, or confusing drones. Craft techniques like netting camouflage blinds and creating misdirecting human-sized mannequins show potential here for counter-surveillance and evasion that deserve further study. 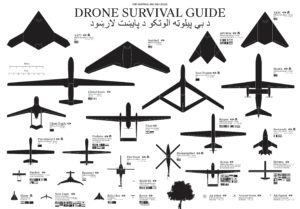 Jemima Wyman outlined a camouflage strategy for military uniforms that sharply swerved from previous schemes. Wyman described the failure of Universal Camouflage Pattern (UCP), a pattern implemented in 2012 that uses more rectilinear shapes in pixel-like repeat modules, mimicking architectural environments. Unfortunately, given the massive cost of this recent camouflage redesign (estimated to be $5 billion), the pattern makes the curved forms of bodies stand out, not blend in. Given that there is likely not to be a camouflage pattern of true universality, Wyman suggests an alternate strategy of “tactical frivolity.” Looking to the visual effects generated by protests and liberation armies, she suggests an adaptive camouflage of psychological combat, eliciting a horrified response from enemy troops and harnessing “juicy magic.” 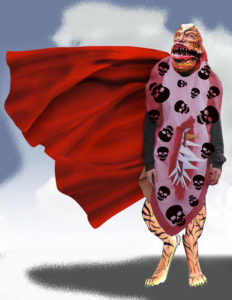 Jennifer Moon spoke about the physics of belief. In the Standard Model of Elementary Identities, subatomic particles of various types (race, ethnicity, gender, class, occupation, health, assets, etc.) combine with hierarchies and the scalar boson particle (or faith particle) as the building blocks of identity. These elementary particles are held together by a “strong” force of shame, a “weak” intuitive force, an electromagnetic force of beliefs, and the gravitational force of trauma. In an effort to map the complex interactions of these forces and harness any explosive potential, Moon has mapped text exchanges between herself and her ex-partner, assigning weighted qualities to each text. Moon’s research moves between basic and applied modes on a rolling basis, generating new information about combative exchanges and their potential for fueling a revolution of abundance. 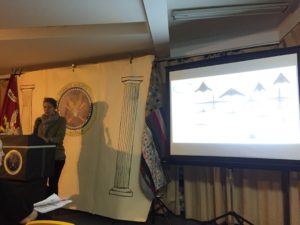 CARPA’s strategies, amply evidenced in the work of its agents, is based on a principled realism, guided by our vital national interests, and rooted in our timeless values. Together, these research projects will help us protect the American way of life, promote American prosperity, preserve peace through strength, and advance American influence. Semper fiber. 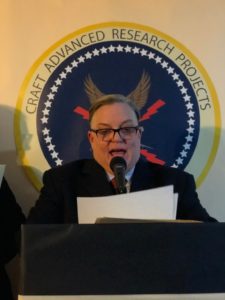 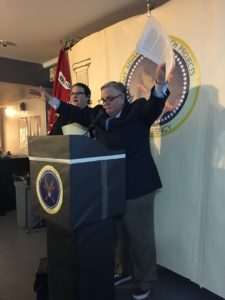