Following an Appliqué Trail Around the World 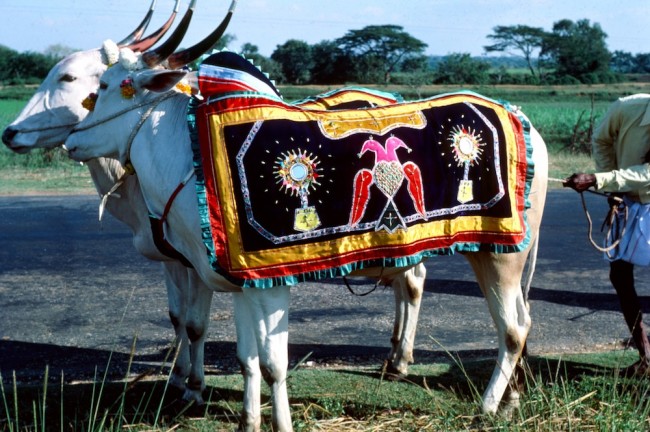 When my friend Nell Sonnemann died in 2004, she fulfilled my lifelong dream of becoming an heiress.

But rather than a sizable fortune, she left me an irresistible challenge—an unfinished book to edit and hand to a publisher. 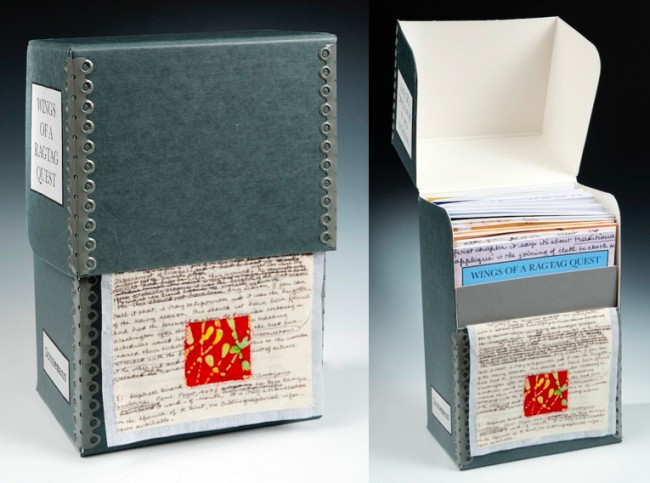 Sonnemann was a university professor and an artist whose innovative appliquéd artworks in the 1960s and ‘70s were ahead of their time. She had academic training as a painter, but found that fabric remnants and thread allowed more freedom than the rectangular restrictions of a stretched canvas.

In her cloth hangings, she was able to shape open areas and irregular edges that sometimes moved away from the wall. 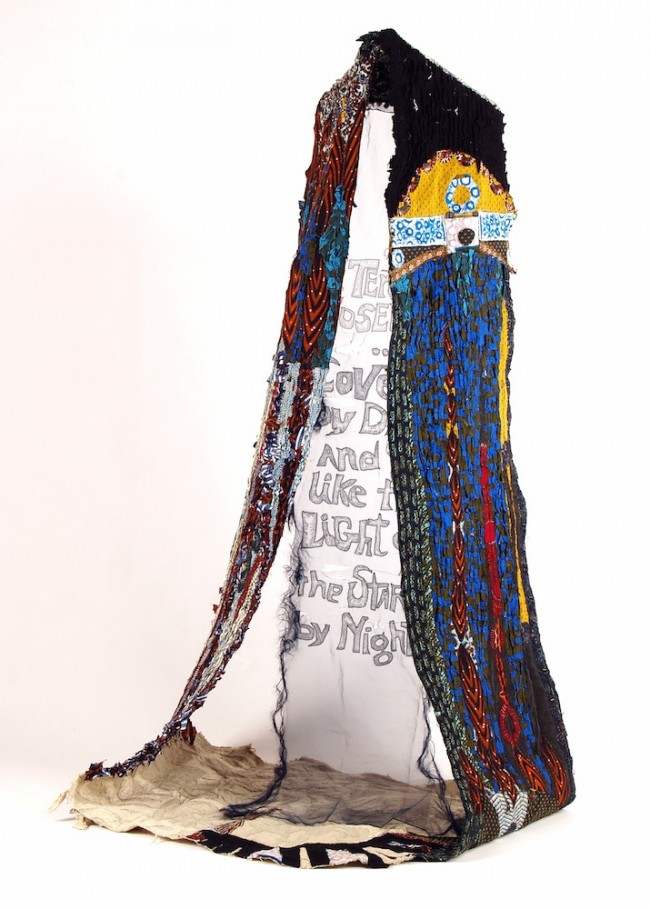 Sonnemann recognized a kinship between her artworks – created from scraps – and folk appliqué that was still being made around the world, but diminishing. 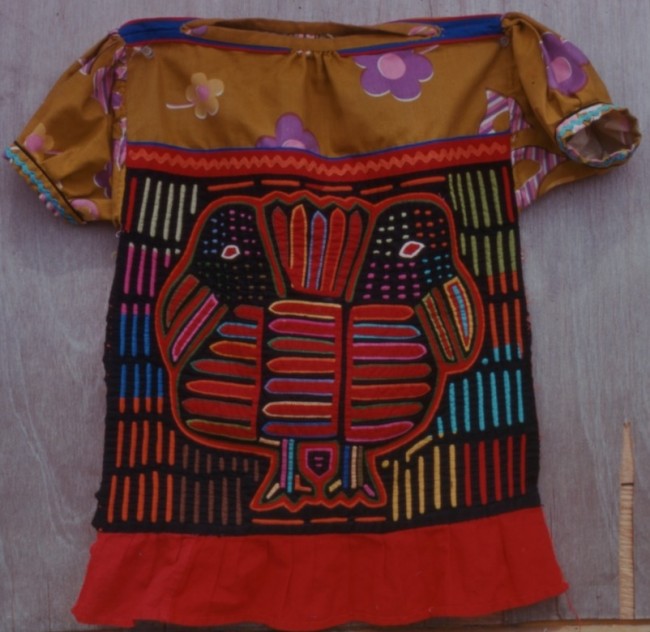 While attempting to investigate appliqué traditions, she was dismayed at the dearth of research material in museums and libraries.

Curators at 2 major museums advised her to seek out primary sources herself. 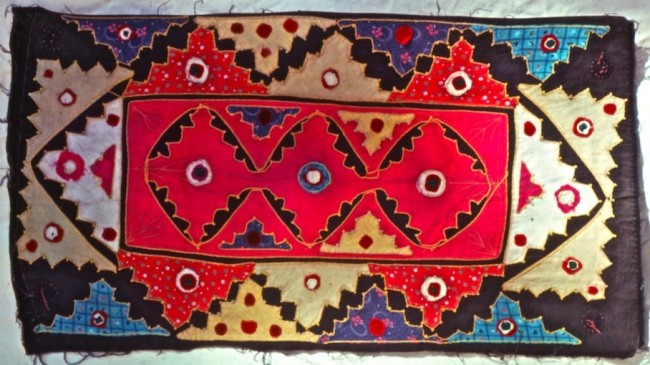 Sonnemann heard that as a call which demanded an immediate response since, being in her mid-50s, she felt she had no time to waste. With the initial goal of producing a scholarly volume documenting “a dying art,” in 1975 she set forth on a global search for appliqué.

Over the next dozen years, accompanied by translators, she went to more than 20 countries, some no longer accessible, on 4 continents. 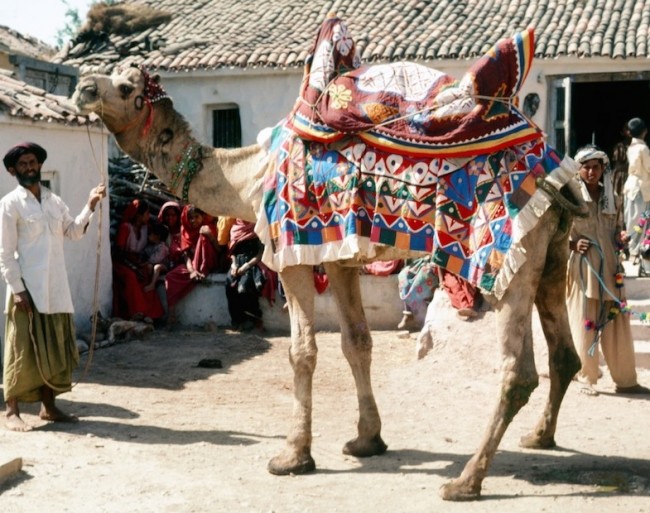 Along the way, Sonnemann abandoned her scholarly intentions, partly because of failing health but also because she reappraised her mission; encounters with appliqué makers had altered her sense of what she was doing. 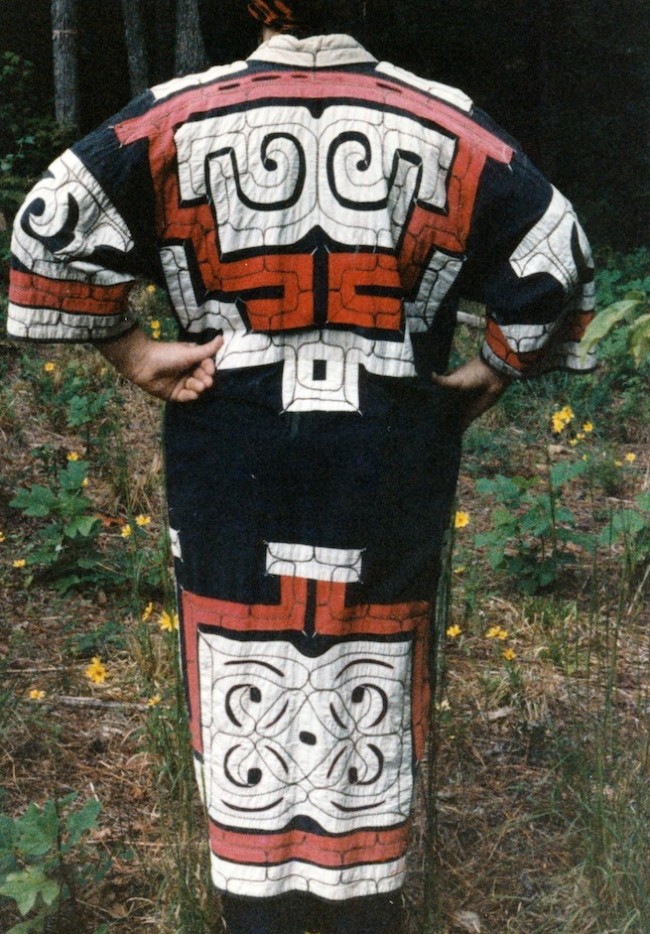 Nevertheless, around 500 examples of appliqué that she acquired (from 30 countries) now comprise the Nell Battle Booker Collection at the Gregg Museum, North Carolina State University at Raleigh.

In addition to this collection, she left unpublished chapters of a personal memoir describing her experience in places where handmade appliqué was integrated into everyday life. Also meant for the book were reports by others she commissioned to continue her quest when she became unable to travel. 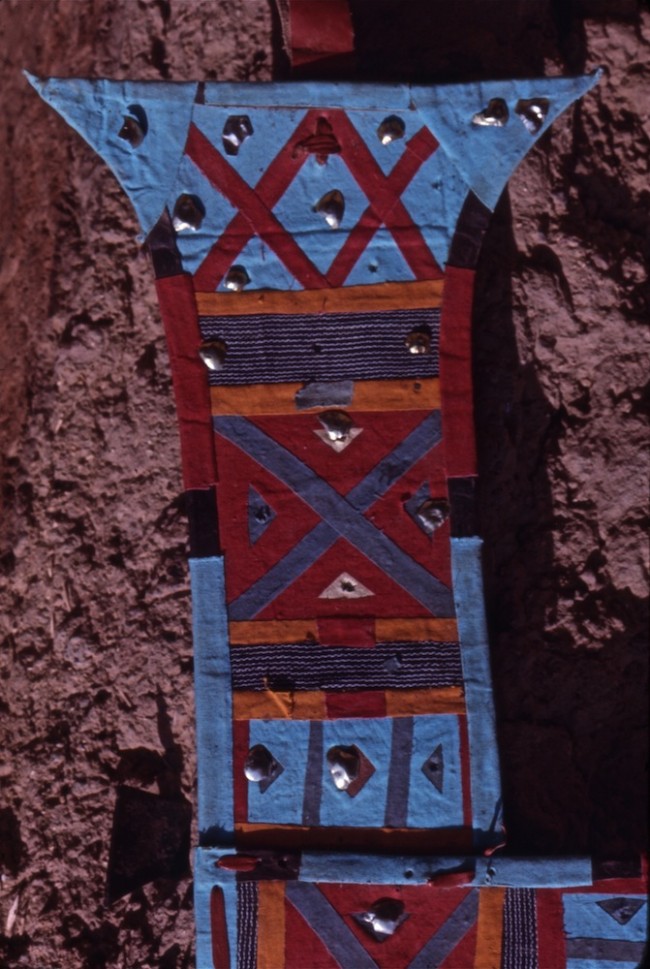 I was thrilled with the assignment to complete this project. Of course I hadn’t known at the outset that it would pull me into a maze of typed and handwritten manuscripts, notes, and correspondence, along with hundreds of photographic slides.

Nor did I guess that more than a decade would pass before Wings of a Ragtag Quest would emerge as a boxed set of 12 travel journals. 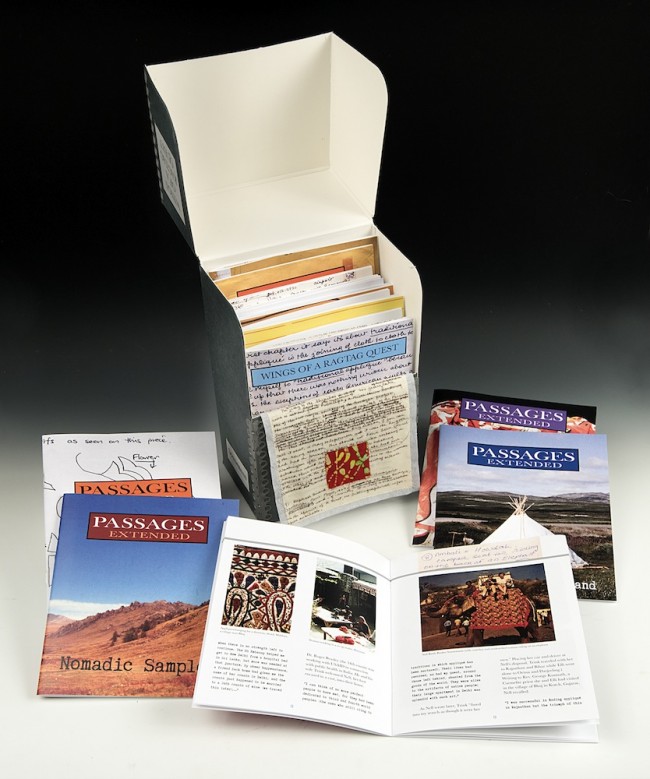 Serendipitously, halfway through, I learned that Sarah Bodine, whom I had known earlier as a writer and artist, owns a small publishing business, Sans Serif LLC. After she agreed to work on the book, its physical presence began to evolve. More than I could have hoped, the format she designed authentically captures Nell’s quirkily adventurous spirit. I hope that spirit will be reawakened as this book finds its way into the world.

Produced in a limited edition of 150 copies, Wings of a Ragtag Quest is available at Vamp and Tramp LLC, Booksellers.

Patricia Malarcher, a studio artist whose work has been shown internationally, is also an independent writer and former editor of SDA’s Surface Design Journal. She lives in Englewood, New Jersey.

Check out these most-popular stories she’s written for SDA NewsBlog that offer enduring value to our fiber-focused community:

Hot Tips on Shipping Your Artwork
Feng Shui Your Studio To Maximize Creative Flow
Your Legacy: The Time is NOW