This week’s Friday Fibers Roundup is for all our weavers out there–with articles ranging from traditional to contemporary practices, processes, and political statements. 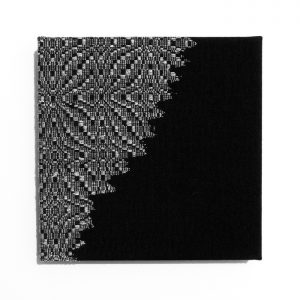 1) “The History of Ikat” by Anna Hoffman expores the trendiness and history of ikat and its origins from Southeast Asia, to South America, to the Middle East and beyond (via Apartment Therapy).

2) “Kiss of Death” by Gordon Harris looks at New New England textile mills and the “kissing the shuttle” process by which weavers sucked thread through the eye of a shuttle when the pirn (bobbin) was replaced, and the unintended consequences of that action (via Historic Ipswich).

3) “The Lost Art of Weaving” by Julianne McShane takes a peek inside Madrid’s Royal Tapestry Factory, where an ancient craft finds new life (via The Week).

4) “Weaving Tradition into a Modern Life: The Art of Making Wa’paas” by Tammy Ayer spotlights Bessie Wilson’s informal home classes to anyone in the community who’s interested in how to weave a wa’paas basket (Yakima Herald).

7) “In Mexico, Weavers Embrace Natural Alternatives to Toxic Dyes” by Erica Goode examines how–concerned about the health impacts of textile chemicals–traditional artisans in Mexico are producing vivid colors from crushed insects and forest plants (via The New York Times).

8) This video shows how Ann Hamilton turned an entire theater in Wuzhen, China into a giant loom.

9) “The Rise and Fall of the Viking ‘Allah’ Textile” by Stephennie Mulder illustrates the quick turnaround story for the textile and what that reveals about the relationship between news media and experts (via Hyperallergic).

10) “What You Need to Know about Bauhaus Master Anni Albers” by Alexxa Gotthardt looks at the life, inspirations, and contemporary importance of one of the most influential artists from the Bauhaus (via Artsy).