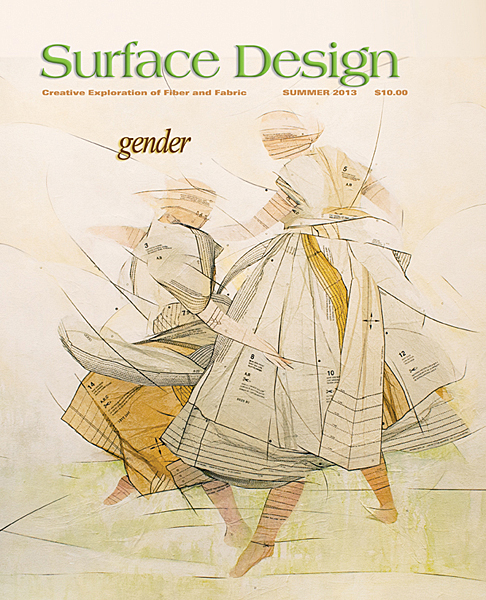 This issue features the work of over a dozen artists new to the Journal. Each one tackles the timely but often touchy theme of Gender from a different perspective: utopian idealism, personal empowerment, communal engagement, feminist theory, and queer pride. I hope you enjoy the challenges and triumphs each story has to offer.

Click here to read a sample of this issue at surfacedesign.org/journal.

Click here to buy this issue in our new SDA Marketplace! surfacedesign.org/marketplace

Find related links to this issue’s profiles and features below. 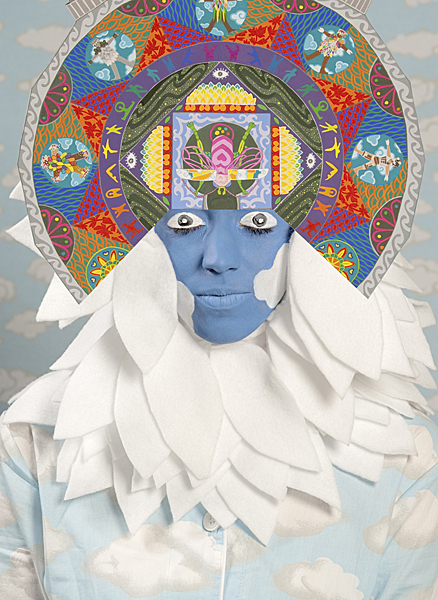 The notion of an ideal place is at least as old as Plato’s Republic, but Englishman Thomas More’s 16th century book Utopia provided the generic term for a community based on a vision of how to live. New York artist Saya Woolfalk imagines a utopia with a science fiction flavor—hybridization is the motivating idea. Recent sightings of Woolfalk’s visionary universe have occurred on the East and West Coasts. 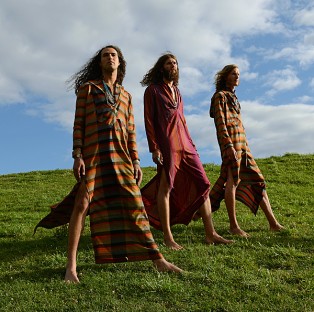 “Adopting a counterculture mindset is so much more than ‘anything goes.’ It is about liberation—becoming your most authentic self, listening to what the heart truly wants you to be. When people adopt that ethic as their guiding light, the resulting personal style is always beautiful, sexy, and inspired.”—Michael Cepress

The work of Austin, Texas-based artist John Westmark pursues the intersection of material and gender in his newest series Double Bind. Large-scale figurative works of female subjects are created through the combination of paper sewing patterns and paint, garnering a variety of reactions from viewers who are often surprised by the gender of the artist. 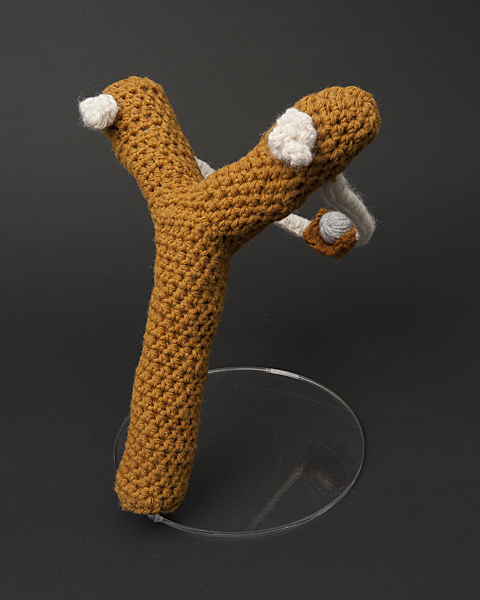 Feminist artists such as Miriam Schapiro and Judy Chicago expanded the field of artistic language by reclaiming traditional techniques such as sewing, hooking, quilting, and embroidery as their visual vocabulary. Forty years later, queer male artists such as Nathan Vincent, Jeremy Chase Sanders, and Bren Ahearn have appropriated the “feminine” in fiber materials, processes, and traditions to question and disenfranchise stereotypes at work in their lives as a result of societal codes of conduct. 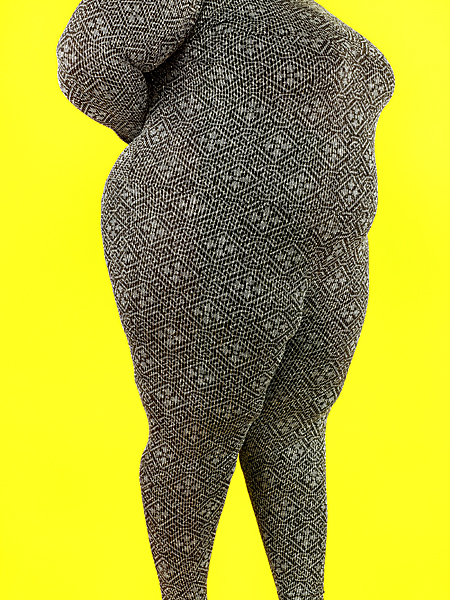 Body Gazing Through the Eye of a Needle

Louise Bourgeois’s visceral groundbreaking work first established a foothold in the areas of gender, power, and textiles during the 1950s. She seamlessly moved between materials, working on the same themes in metal, marble, and cloth. Two contemporary figurative artists, Pinar Yolaçan and Erin M. Riley, create striking bodies of work that intersect with Bourgeois in provocative ways. While they in no way resemble each other, all deal with the female form, the gaze, and links between women and weaving or sewing. 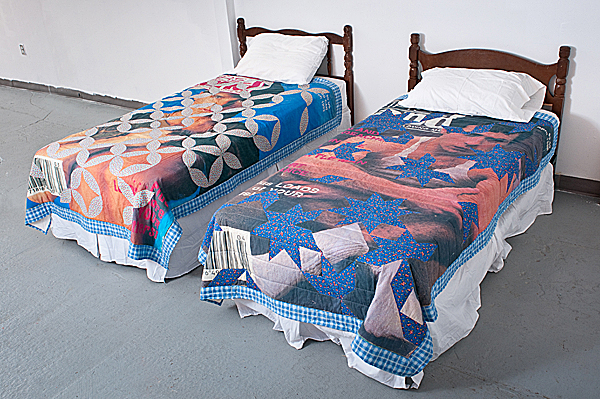 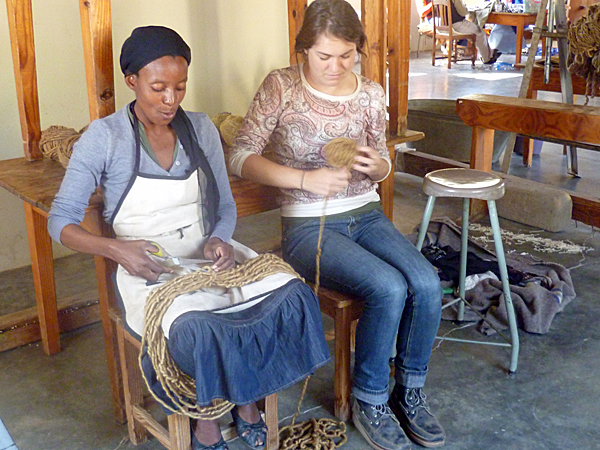 After receiving a Nathan Cummings Travel Grant, Wiskirchen visited the Mapusha Weaving Cooperative in Limpopo Province, South Africa, where women are taught a trade in order to support themselves and their families. As in the US, she witnessed rigid gender roles at play, seeing women leave the co-op due to their husbands’ insecurities over wives’ developing independence and financial success. 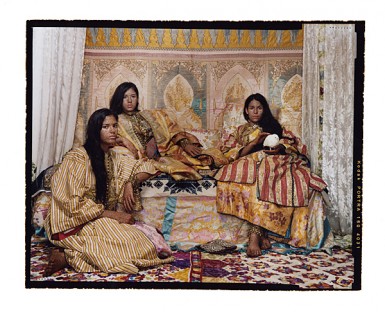 Traditions Rooted in the World of Women

Two women, one from Morocco and the other from India, share a relationship to contemporary arts practices and the use of cultural signifiers rooted in the world of women. At the top of their game as international artists, Lalla Essaydi and Vibha Galhotra borrow emblems from indigenous cultural traditions, making them integral to their visual lexicons. 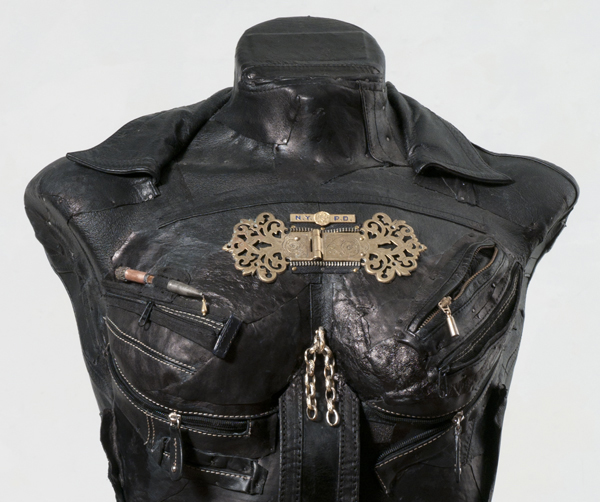 Click here to buy this issue in our new SDA Marketplace!  surfacedesign.org/marketplace

Click here to read a sample of this issue at surfacedesign.org/journal.