Arrowmont School of Arts and Crafts just recently announced their first Appalachian Craft and Culture Fellow: Geri Forkner—a fiber artist working at the intersection of art and craft. Many SDA members have taken classes, taught, and had residencies at Arrowmont, and this new project they’re launching is another exciting option for fiber artists out there! Forkner will begin her Fall Fellowship in 2019 to work and learn in Arrowmont’s supportive environment. 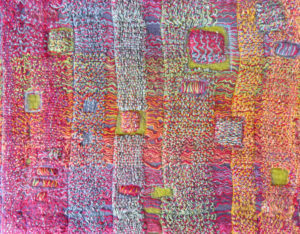 “Since hearing that I was awarded the Fellowship, I’ve felt equally excited and overwhelmed,” said Forkner. “What an amazing opportunity to live in the mountains interacting with and learning from the people who make up Arrowmont School of Arts and Crafts, an institution that I grew up admiring. I’m overwhelmed by both the responsibility of living up to the goals of the Fellowship and the number of ideas floating around in my mind and excited to see which of those ideas becomes reality.” 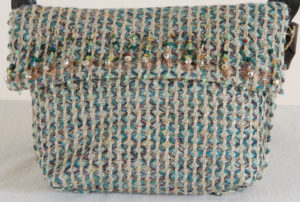 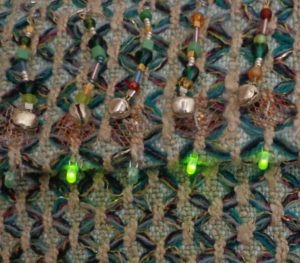 Forkner’s interests are centered on traditional skills of weaving, spinning, natural dyeing, and felting. “I learned to knit, crochet, and sew growing up,” she said. “Now, in true Appalachian fashion, much of my work has a story to tell.” Forkner has exhibited her work as wearable fashion at professional shows and as installations organized annually at Rangsit University in Bangkok, Thailand. She exhibits and teaches fiber arts internationally to both children and adults, is the recipient of an Artists-in-the-Schools grant, and is the dynamic force behind Tennessee Presents Textiles, a wearable-art style show. A member of the Southern Highland Craft Guild, Forkner cherishes the old traditions and skills while using fibers in innovative ways. She plans to further develop two current projects during her Appalachian Craft and Culture Fellowship: pushing the boundaries of weaving traditional nuno felting patterns, and a shadow project using weaving and knitting. 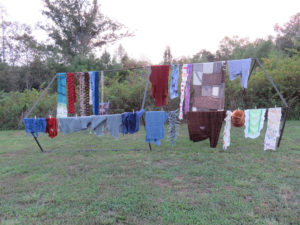 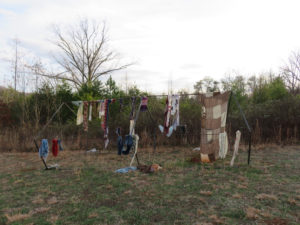 Forkner was raised in east Tennessee and took her first weaving class at Arrowmont (then known as Pi Beta Phi Craft Workshop) in 1965. It was nearly 20 years later before she purchased her first loom while living in Atlanta, GA. In the following years, Forkner learned traditional weaving skills through guild workshops, conferences and classes at Georgia State University. She volunteered at the Tully Smith House and the Atlanta History Center to deepen her historical understanding of the craft, spin on a great wheel and weave traditional cloth on a barn loom. Forkner shared her love of the process as an elementary school art teacher in Atlanta and taught weaving and felting workshops for kids and adults after she returned to Tennessee in 2000. 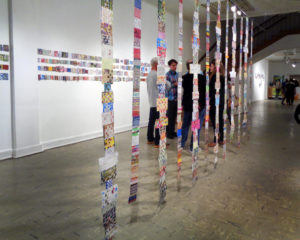 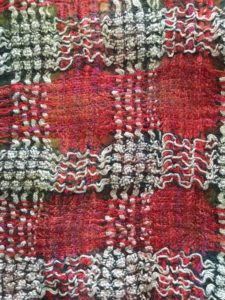 The Appalachian Craft and Culture Fellowship was established as a program of Arrowmont’s initiative, Preserving and Teaching Appalachian Craft. The Fellowship offers traditional craft artists and cultural elders the opportunity, time, and space to learn, reflect, and share their knowledge of traditional craft. The Fellow will be in residence at Arrowmont for three to four months and includes lodging and meals, studio, stipend, plus resources to attend conferences or other educational opportunities. During their tenure, Fellows will present a public lecture and mount a small exhibition of their work. The Fellowship is open to Central Appalachian traditional craft artists and cultural elders such as storytellers. Preference will be given to the non-classically educated artist. 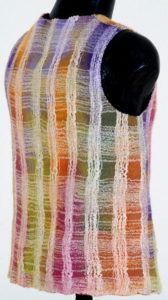 For more information about the Appalachian Craft and Culture Fellowship, click here