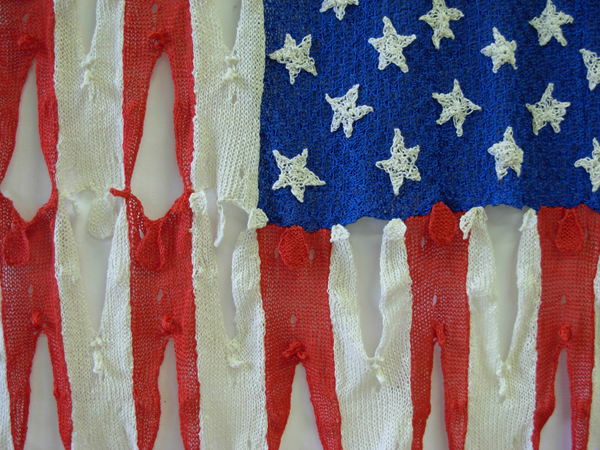 After many years of knitting sculptural hats, the impact of an arts center fire in 1999 dramatically changing the direction of what flowed through my hands and emerged out of my studio. Wanting to imbue my work with more meaning, I – a National Public Radio junkie – started to respond viscerally to the news (mostly bad) which poured out of the radio as I worked. 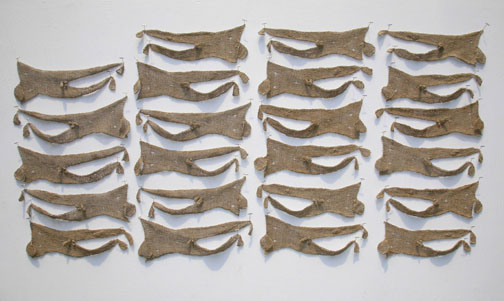 The American flag is an iconic and powerful image. The impetus for my flag pieces started with the anti-war piece Cost of War which was a simple arrangement of knitted linen male bodies – each with genitalia but no arms. I tried the bodies in a number of configurations before placing them on the wall with the upper left corner empty.

Later, as I studied this arrangement, it appeared to me to resemble a flag. Thus followed the red, white and blue linen piece Fated Glory in which the bodies became the stripes (detail shown at top). 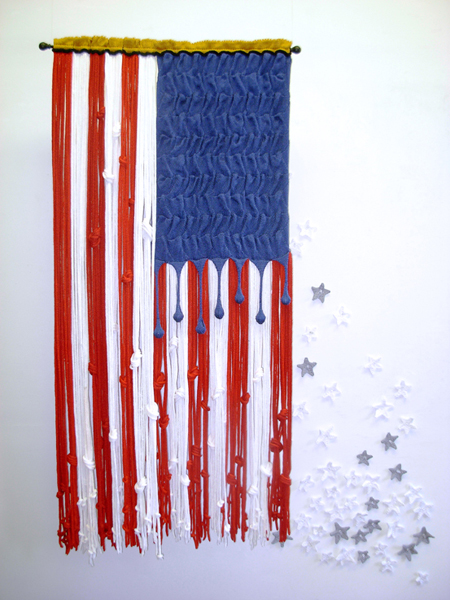 I had long been thinking about knitting a second flag when Congressional impasses during the summer of 2011 gave me the perfect opportunity to visually address the way divisive politics are tying the country up in knots. The stripes in A House Divided are the result of many hours working on a small child’s hand crank toy for making I-cord (a narrow knitted tube).

Students at a Haystack workshop last fall encouraged me to turn this image into a postcard and to send one to each member of Congress. In deciding on the text, it seemed very apropos to use textile terminology for the message.

This so reflects the overwhelming mood of the country that I got an ovation when I spoke about it  during a recent artist’s talk at North Country Studio Workshops. Unfortunately the video we shot there – of a large crowd reading the postcard text aloud then raising the cards and shouting “We vote!” – was too blurry to post on Youtube. I am currently looking to organize other readers to complete this part of the project.

The text on the card reads: 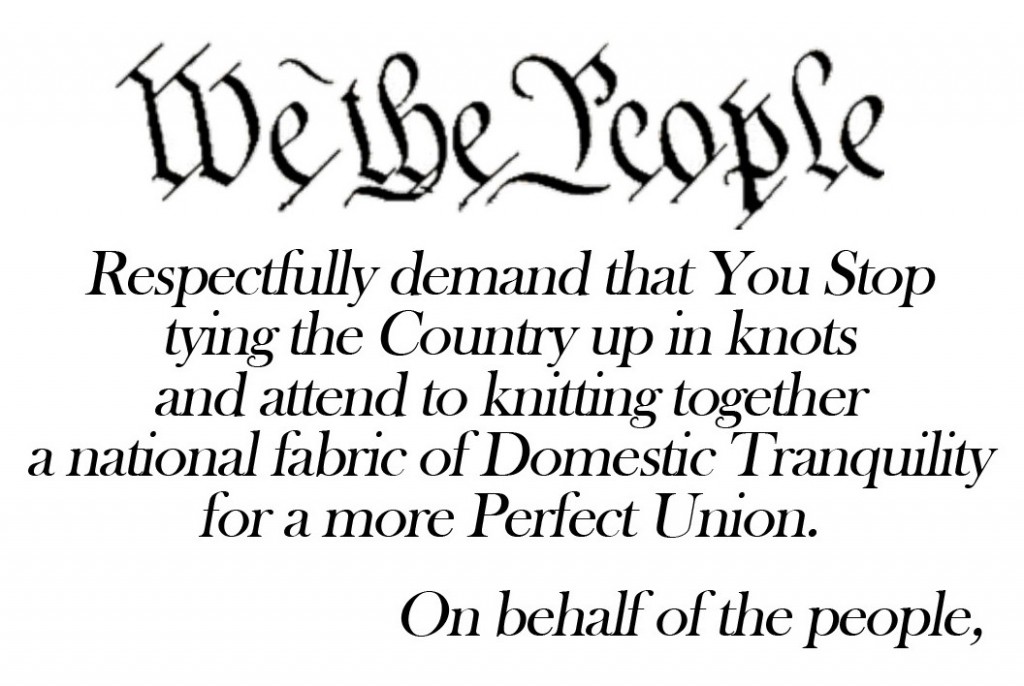 The postcards, which I give out liberally, have been very well received. An invitation on my website titled Lobby Congress with Art encourages others to join me in this protest by signing and sending their own. 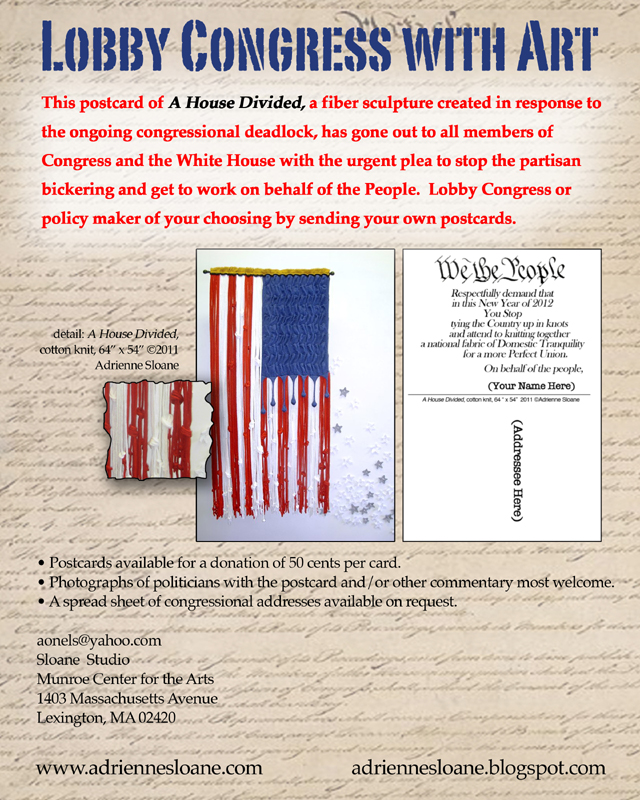 By contrast, the sole response thus far from those on the receiving end in Washington (including the President and all members of Congress as well as Republican hopefuls) has been to add my email address to the electronic distribution lists of representatives from Idaho, Iowa and Virginia. Disappointing but not surprising. 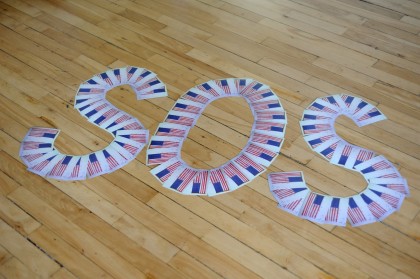 Textile Society of America is holding its biennial conference in September in Washington DC. The very timely conference theme is Textiles and Politics and I will be chairing a panel entitled Unraveling Political Knitting.

A House Divided is on view through April 21, 2012, in the Fiber in the Present Tense exhibition of work by SDA members in the Massachusetts/Rhode Island area at Arsenal Center for the Arts in Watertown, MA. 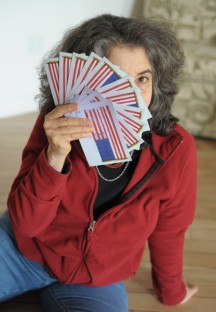 Adrienne Sloane has shown her work nationally for over 20 years. A hand and machine knitter, she teaches sculptural fiber internationally and has also worked with indigenous knitters in Bolivia and Peru.

Her work has been published in Fiberarts, American Craft, Surface Design Journal, The Culture of Knitting and is profiled in Knitting Art. Her work has been shown by Philadelphia Museum of Art, Goldstein Museum of Design, American Textile History Museum and the Kamm Collection. Sloane’s curatorial work includes Beyond Knitting and Primary Structures at San Jose Museum of Quilts and Textiles and Metaphoric Fibers in Minneapolis. She is currently SDA Area Representative for Massachusetts/Rhode Island.