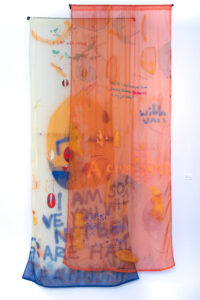 The US Attorney’s “Operation Varsity Blues” investigation, findings, and subsequent indictments in this college admissions scandal revealed that dozens of wealthy white parents— several of whom were celebrities—schemed and paid their way into schools by faking test scores and providing illegal financial contributions to administrators for their children’s entry into some America’s most prestigious schools. These admissions spots were often taken from niche sports teams, which should have gone to worthy students—in many cases Black or Brown students with vast academic potential. Though the situation largely faded from view during the global pandemic, 53 people were ultimately charged for their part in the conspiracy by the end of 2020. 33 parents, renowned universities like Yale and Stanford, and the mastermind behind the scandal—William “Rick” Singer, who collected $25 million over a seven-year period—were all legally implicated. With this new window into the combined impact of money, power, and deceit in higher education, the admissions process was forever changed. 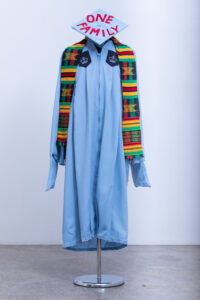 Jeffrey Meris The Heart of a Warrior is Not For Sale (front) 2001-2021, Columbia University graduation robe, felt. 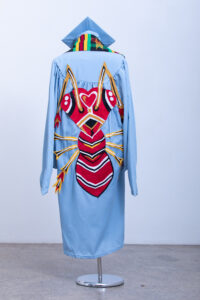 Jeffrey Meris The Heart of a Warrior is Not For Sale (back) 2001-2021, Columbia University graduation robe, felt.

Against the backdrop of this scandal, in the past two decades, Black and Hispanic student attendance at Ivy League schools has steadily decreased. Affirmative Action attempted to balance the scales by righting the wrongs of inequality and segregation and offering Blacks in America a chance at upward economic mobility, yet decades later, the disparities between Black and White students at Ivy league schools are greater than ever. “Operation Varsity Blues” uncovers the ways greed and wealth work in tandem for privileged white families to excel at some of the nation’s most prestigious schools at the expense of the most vulnerable group in our society—Black and Brown youth. 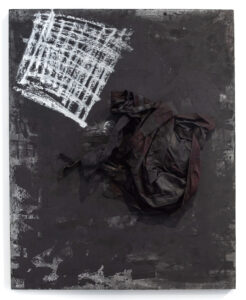 The thirteen artists included in the exhibition—many of whom have faced discrimination at the same elite schools they attended at the onset of their careers—use this specific incident to reflect on wider, structural problems within the American educational system. The works on view will include paintings, works on paper, sculptures, and video installations, among other mediums, all of which question the promise that “all men are created equal” and the attainability of so-called “American dream.” These artists are not only directly responding to the admissions scandal itself, but also communicating their experiences with institutionalized racism as minorities studying on some of these very same elite campuses. 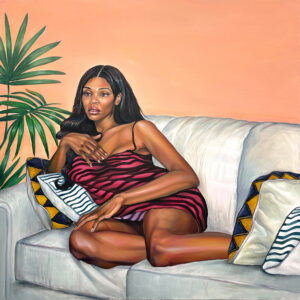 In his independent curatorial debut, Moore calls attention to the deep inequities in the American educational system, from high school and preparatory school through university. Speaking about this project More said, “As a Harvard graduate, I know firsthand the struggles and challenges African-American students face at the overwhelmingly white institutions they attend. This unique experience of existing within elite spaces informed my work on this exhibition and helped me tease out the themes of racial inequality specific to this scandal, which is yet another clear example of white people wielding their influence and power at expense of minority groups.”