The exhibition East-West Conversations in Fiber opened earlier in July at Sierra Arts Gallery in Reno, Nevada, and features work by Miran Lim Lee, Youngmin Lee, Steph Rue, and Mirka Knaster. The show is on display until July 31st, 2018, so if you’re in the area, check it out before it’s down. Below is an account by Knaster on the context of artist, how the exhibition came together, and working together from across the world. 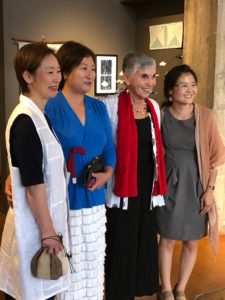 Border-crossing has long dramatically changed the landscape in which artists operate. In ancient times, because traveling to distant shores was extremely arduous and dangerous, few could personally experience art in other regions. While trade routes facilitated the exchange of some art objects, it was the invention of printing that allowed more art to be visible and distributable. Later, photography enabled us to look at what otherwise was impossible to view firsthand. 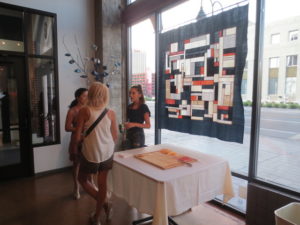 Particularly since 1880, geographic mobility—for whatever political, economic, or social reasons—has become so commonplace that exposure to different artistic influences occurs in a multitude of ways. Such influences can begin early, within one’s family. Or an artist might be born in the West to immigrant parents and, at some point, visit the ancestral country, even studying and training there. Some artists are born and educated in Asia but immigrate to the West as adults. Artists are also inspired through travel and periods of residence elsewhere. 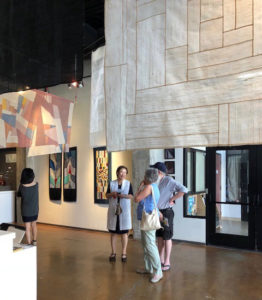 Even if we never get on an airplane or ship, we have enormous access to the depth and breadth of creativity around the world through museum and gallery exhibits, books and magazines, TV and films, and the ubiquitous internet. We discover new mediums, technologies, perspectives, and sensibilities.

Thus, intercultural dialogues in art have taken place for many centuries. Sometimes the flow of influence is stronger from one culture to another; at other times, it is mutual. The ongoing conversation between East Asia and the West (especially America) has been well documented. It is an exchange that grows even more fruitful when original expression emerges from within an artist. This has less to do with employing specific materials and techniques than with an integration of underlying aesthetic principles. Rather than a simple borrowing or imitation, something new results. The artist absorbs and assimilates elements from the art and philosophy of another tradition while still retaining the home culture. 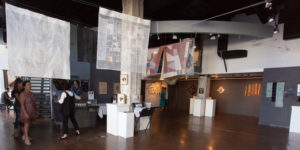 The artists in East-West Conversations live at the intersection of these diverse exposures. The exhibit reflects how they interweave various aesthetic and spiritual philosophies, practices, and traditions in their work. Rather than abandon one culture for another, they are skillful at bridging the two: they merge the past and present, the ancient and modern. All four artists are engaged in this creative dialogue between East and West by virtue of unexpected life circumstances. Their work is a testament to the value of welcoming immigrants to the United States, a nation formed and reformed by successive waves of people from all over the world. Our country and local communities are richer for it.

Miran Lim Lee was born and raised in South Korea, where she first developed her artistic abilities and earned a Master’s degree in product design. Her departure for the U.S. in 2010, in mid-life, led to a deep sense of loss of her homeland. While she employs traditional techniques in her textile work (jogakbo, Korean patchwork), she is equally affected by worldwide travel and life in the San Francisco Bay Area, a region that is renowned for fostering innovation in technology and other fields. In 2017, she was one of eight artists invited to participate in In-Between Places: Korean American Artists in the Bay Area, Mills College Art Museum. madensilk.com

Youngmin Lee was born and raised in South Korea, where she received her MFA in fashion design. When she arrived in the San Francisco Bay Area in 1996 and had to make her way in a different place and language, she found herself re-evaluating and appreciating her heritage. She began to create bojagi (traditional wrapping cloths) and gradually developed personal reinterpretations of her native culture. She maintains a steady schedule of lectures, demonstrations, and workshops for museums, quilt and fiber art guilds, art centers, and festivals, and leads an annual textile tour to Korea. Her work is exhibited internationally and included in the permanent collection of San Francisco’s Asian Art Museum. youngminlee.com 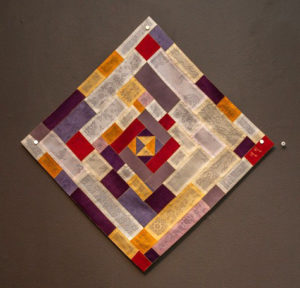 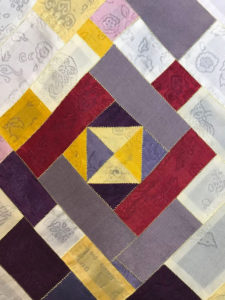 Steph Rue was born in Ohio to Korean parents. After receiving her MFA from the University of Iowa Center for the Book in 2015, she studied traditional book- and papermaking on a Fulbright to Korea, with additional research and training in Japan (2014-2016). She draws, collages, cuts, sews, weaves, and prints with or on handmade paper. She currently lives in Sacramento and teaches in the San Francisco Bay Area and nationally. stephrue.com 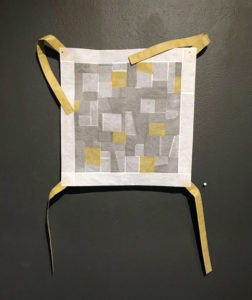 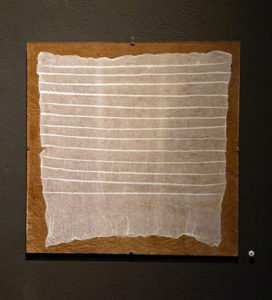 Mirka Knaster was born in Italy to parents from Poland and came to the U.S. as a child. Since 1981, she has spent extended periods in Asia for research, meditation practice, and enjoyment of Asian cultures and their arts. She holds a Ph.D. in Asian and Comparative Studies. A surprising trip to South Korea in 2015 led to co-curating a traveling exhibition of fiber art from Korea in northern California as well as co-organizing the annual Korea Textile Tour with Youngmin Lee. Mirka creates 2D and 3D fiber pieces in a studio on the Sonoma coast. mirkaart.com 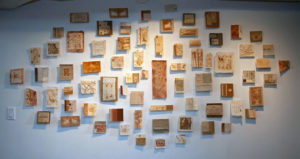