Rcahel Wallis "Gone But Not Forgotten" 2014

New York to Korea: An Exhibition Built on Trust by Patricia Malarcher

The Korea Bojagi Forum 2016 took place this year at Suwon Park Museum of Art (SIMA), a dynamic contemporary building in the historic walled city of Suwon, South Korea, from September 1-4, 2016. This was the third biennial conference focused on Bojagi: The Living Tradition.  Patricia Malarcher, former Editor of Surface Design Journal, offers us a behind-the-scenes view as to what went into the creation of this exhibition.

Bojagi is a traditional Korean wrapping cloth often made from fabric scraps pieced together; a special three-fold seam is its unique signature. Until recently, bojagi was a domestic craft little known outside Korea. Artist Chunghie Lee, Founder and Director of the Korea Bojagi Forum, envisioned bojagi’s potential as an approach to contemporary fiber art, and has become its international advocate. 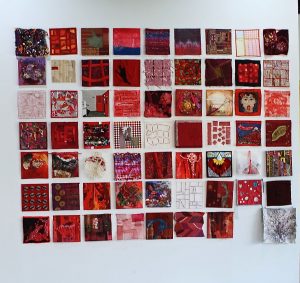 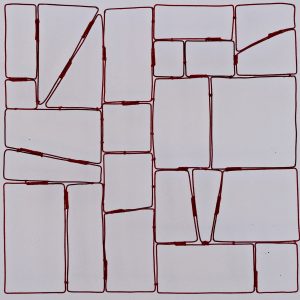 Works on view in the light-filled, open space at SIMA included 62 twelve-inch-squares, arranged in a quilt-like format, by members of the Textile Study Group of New York (TSGNY). Of the 44 artists who had produced one or more of the squares, almost half were members of the Surface Design Association, as well as TSGNY. A few were distance members of the study group from as far from New York as New Mexico, California, and Ontario. 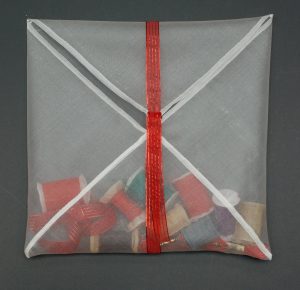 When Chunghie invited the New York City-based organization to exhibit, she provided guidelines to ensure a visually coherent body of works. In addition to prescribing the size, she asked for unframed pieces in which red—she called it “the color of life”—would be a dominant color; there should also be reference to bojagi in the use of scraps, piecing, recycling/upcycling, or accumulation of layers. While the challenge brought forth an encyclopedic variety of techniques, materials, and styles, the imposed consistencies allowed an artful distribution of light and dark tones, abstract and representational images, densely textured and smoothly minimal surfaces. 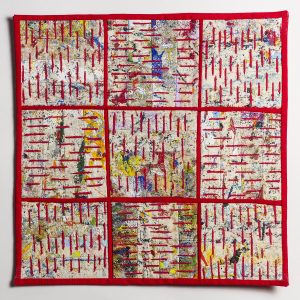 Over its almost 50-year history, TSGNY has organized numerous juried and non-juried shows. But Chunghie’s invitation posed a special challenge: the exhibition committee had allocated its budget to other shows that were being planned. Still, the Board was reluctant to deprive the membership of the chance for international exposure in a catalogued show. They decided to present members with the opportunity to participate as individuals without official TSGNY sponsorship. Since there was no central office from which pieces could be shipped in one container, each artist would be responsible for sending work to Korea via USPS International Express. 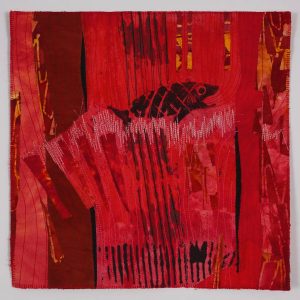 A skeletal group volunteered to cover essentials: Berte Schacter brought a librarian’s skills to recording artists’ names and descriptions of works. Deborah Brand offered to receive the books at her address when they came back from Korea; I agreed to serve as communication link with Chunghie and her assistants; TSGNY President Marguerite Wolfe kept abreast of developments and filled in the gaps. 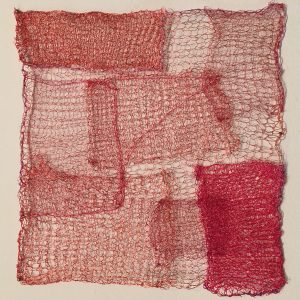 Without entry fees or contracts to sign, the exhibition was dependent on trust that artists would come through with work. Deadlines were set and the show was listed on the program for KBF. A patch of anxiety surfaced when it turned out that standardized postal rates did not apply to USPS Express Mail. Mysteriously, the cost differed slightly from one post office to another, even those not far apart. Nevertheless, eventually everything reached Korea safely and on time. 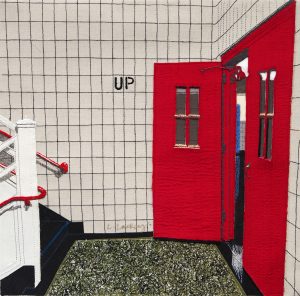 To offset concerns that the effort and expense of creating new work to send across a continent and ocean was disproportionate to the short tenure of the shows at KBF, Chunghie arranged for a second venue at the Chojun Textile and Quilt Art Museum in Seoul. There, in a space more intimate than the SIMA gallery, 63 pieces were shown in seven groups of nine (September 6-October 25). A companion show featured a selection of works by Ruth Marchese, a TSGNY exhibitor who had learned authentic bojagi techniques from Chunghie. 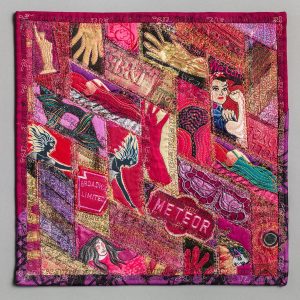 When the works arrived back in New York with catalogues from both the KBF and Chojun shows plus a gift for each artist from the museum, it was clear that a loosely organized show held together by trust had successfully tightened the bonds between fiber artists in Korea and the US.

The Textile Study Group of New York, founded in 1977 by a group of six women who had studied with Gayle Wimmer, now has a membership of more than 175 from the New York Metropolitan area and other parts of the country. 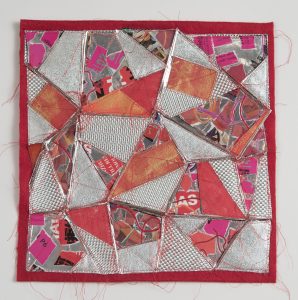