Lucy Brown "They loved to breathe beauty, tradition and romanticism..."

This Friday Fibers Roundup looks at how fibers and textiles have made their way into the world of entertainment and video production. From stop-motion videos to animation, textiles have been getting their share in the limelight recently. 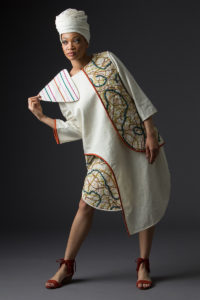 1) Purl, Pixar’s newest short film, makes a bold statement about toxic masculinity in the workplace. Its message of gender diversity and inclusion is just as inspirational as what we’re used to seeing from the studio (via Upworthy).

2) “Lost & Found: An Endearing Animated Film About the Selflessness of True Love” chronicles a dramatic turning point in the sweet relationship between two crocheted animal toys. A foxy fox and smitten dinosaur have enjoyed many special memories in their adopted home of a Japanese restaurant’s lost and found bin (via Colossal).

3) “This Tiny Chef Makes the Most Adorable Cooking Videos You’ve Ever Seen” by Rebecca Jacobson is a perfect blend of Julia Child and Mister Rogers (via Portland Monthly).

4) This video spotlights how linen is one of the oldest and continuously used sustainable fabrics, and the intricate process behind making the fabric that has been used since Ancient Egyptian times (via the Victoria & Albert Museum).

5) “Dramatically Sweeping Dresses by Pierpaolo Piccioli Resemble Classic Winter Puffer Coats” looks at the creation of quilted style of down jackets, but instead of short form-fitting coats, the dresses sweep across the floors with voluminous hemlines and envelope the wearer’s neck and shoulders in cocoon-like shapes (via Colossal).

7) This video looks at the family-run embroidery atelier Maison Hurel which reworked archival samples from the early 20th century on a sheer black dress.

8) “Learn How Needle Felting Lets You Craft Your Own Adorably Fuzzy Creations” by Sara Barnes looks at how, in the world of crafting, needle felting is one of the cutest activities around (via My Modern Met).

9) “I’m A Needle Felt Artist From A Small Village And I Bring Old Brushes Nobody Would Look Twice At Back To Life” by Simon Brown features the artist’s perspective on how they make whimsical pieces filled with life, curiosity, and danger (via Bored Panda).

10) “Birds and Faces Emerge From Dizzying Multi-Layered Gowns by Iris Van Herpen” blends cutting-edge technology and classic motifs in her thought-provoking garments. Van Herpen’s most recent collection, Shift Souls, was showcased at Paris Fashion Week, and featured dresses that play with structure and color to blur the boundaries between fashion, technology, and art (via Colossal).