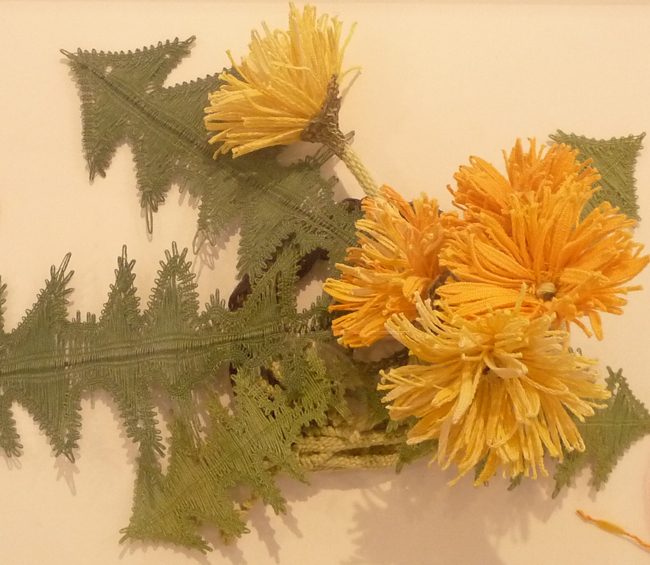 Lace is an art form threatened by time. It is one whose time has passed, since few now make it commercially, but also has yet to come. There is huge untapped creative potential to extract from its techniques – but these need time to explore. The relentless onslaught of other temptations in modern life work against this exploration. 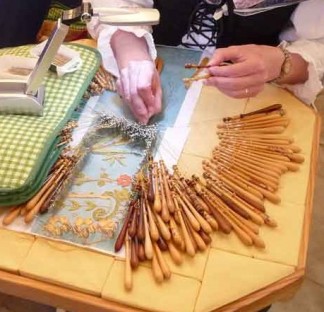 If we can show that lace offers fertile, individual ground for development, the next generation will make time for it. My travels in Europe last summer (2012) suggest this time has come.

Political upheavals in Europe over the past 25 years have worked both for and against modern lace – removing communist state subsidies, but also opening up international travel and communications. The diverse and humming lace cultures of countries as wide apart as Spain and Poland, and from Italy to Sweden, are visible at a continual round of international festivals. Contemporary work was the focus of 3 of them I recently attended in the Czech Republic, France and Spain. 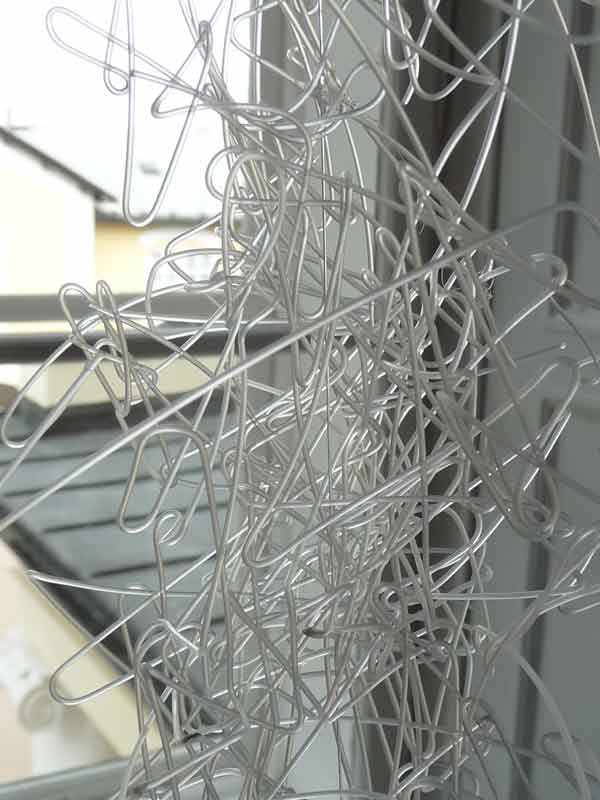 The Czechs have led this field for nearly 100 years so it is a relief to report that they again have “degree-level” lace on display (after the only similar university course was eliminated around 2000). Established lace artists mostly belong to the older generation – and not all pass on their skills. Quite a bit of thought needs to be expended over expressive forms of transparency before transferring ideas into textiles, so it was good to see experiments such as scratching into huge sheets of plastic or scribbling with monofilament. The bobbin lace and paper screen that another lacemaker had realised for a café interior showed that students are looking for the vital commercial potential to ensure survival of their work.

Their course at the University of Hradec Kralove is led by Professor Marie Vankova, a scion of the days when the Czechs led the world in modern lace but were largely hidden by the Iron Curtain. Western Europeans have had to reinvent the wheel alone, so I can appreciate how lucky these youngsters are. 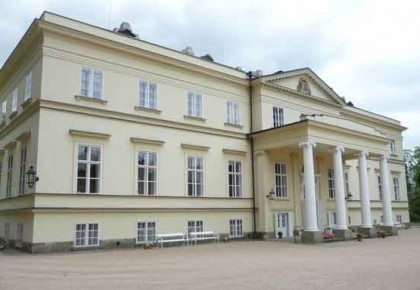 Their July show was in the handsomely-restored classical palace of Kostelec nad Orlici near the rural Czech lace centre of Vamberk, 2 hours east of Prague. Festivals are usually held at traditional lace centres, often some distance from tourist sites, so you need transport if you are to take in perhaps 8 shows in 4 neighbouring towns.

My colleague Denise Watts and I drove out from the UK to exhibit there. It was an adventure that passed through 6 cultures along the way and dipped in for the food, wine, yarn, books, ceramics, and kitchenware of each…thank goodness the car expanded to accommodate all as if made of elastic!

Prague’s Educational Association of Arts and Crafts, a school run by Iva Proskova, had its 20th anniversary this year and a close group of colleagues celebrated with a show at Rychnov Castle. They spread a particularly practical gospel of lace which included affordable fashion and the exploration of many techniques which went beyond lace into other crafts through classes, summer schools and workshops.

Out of 4 huge rooms of inventive lace, my own favourite piece from their show was a querky-perfect dandelion (shown at top of page). 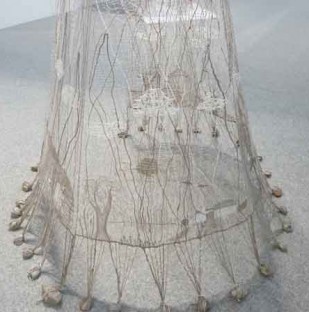 Other shows included the work of important Czech lace artists such as Milca Eremiasova. The high spot is always the Czech Biennial in Vamberk itself. Recent years have shown a tendency for the top prizes to be recycled among the same few names, so an important development has been a class to encourage students. The large atmospheric hand-spun creations of Dana Varilova always make a personal appeal, and this year’s did not disappoint. Her tent-shaped diaphanous landscape won a Vamberk Museum Diploma. 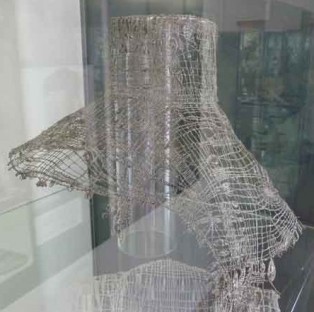 The Museum itself, which has custody of many iconic pieces of Czech lace history, was shut for refurbishment but seminal creations were shown at Letohrad that traced tradition but also including items which were sent abroad as “ambassadors” of Czech culture in the 1960s (at left). Think Jackie Kennedy, and you will see where this hat fits in fashion history. While the museum is closed, you can see how it used to display a history of Czech lace here. Along the road in a private gallery we saw wearable work, like earrings and decorative collars, by Iva Vanzurova that I would’ve loved to take home.

Vamberk still has a lace co-operative; it’s currently making a big push to gain more international visibility. Tat’ana Kucharova, Miss World 2010, wore lace designed by Vamberk’s Zuzana Stepankova. The garment took 5 lacemakers 3 months to make. There is undoubtedly a clash between traditional scale work and that which is viable in the modern era, but the dresses in their festival fashion show were ‘red carpet’ pieces with real potential to restore the town’s pride. Support is coming from the European Union. See a examples of Vamberk Lace Co-operative’s contemporary evening gowns and lingerie at www.vkrajka.eu.

The festival draws lace artists and organisations from many countries as well as promoting local ones. A special exhibition of Russian lace showed a variety of styles – including one traditional costume using Mikhailov lace with a striking use of colour.

Denise and I are participating in their attempt to make it into the Guinness Book of Records with a ‘rainbow’ of locally-inspired pieces made into a huge lace curtain. The pattern shown below (right) is one example of a contribution to that enormous – and ambitious – project. 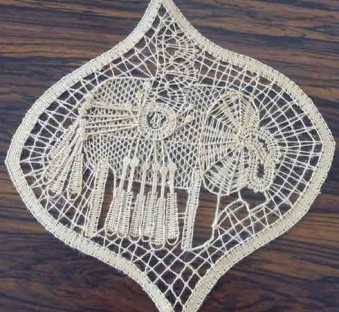 Not all the ‘lace’ on show uses traditional techniques. A frequent success at the Biennial, Eva Damborska won a Vamberk Museum Diploma this year for her huge sculptural pieces that utilize waste (recycled) materials and her own techniques which emphasize the translucent qualities of her resources.

International Vamberk will meet again in 2015 in order to move it off the same year as the biennial congress of the International Organisation for Bobbin and Needle Lace (OIDFA, from its French initials). This year’s OIDFA in Caen, France, meant something of a scramble for many participants, like us, coming from the Czech events. 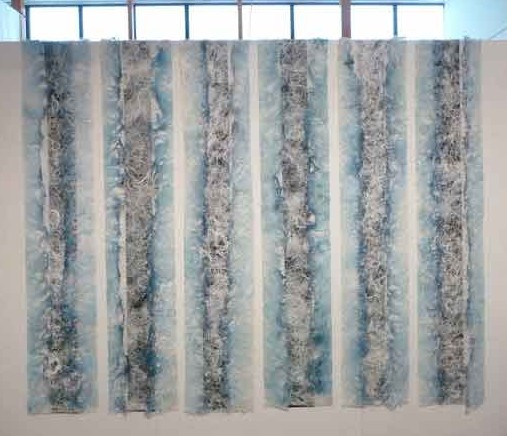 A contemporary work called Bridges by Nicole Jarret and Monique Moreau won the OIDFA competition. It rendered in lace the spectacular Millau Viaduct over the river Tarn.

But it was the display of contemporary French work that demonstrated how the technique is being taken to new levels of virtuosity in the hands of some very talented artists such as Nicole Valsesia-Lair. 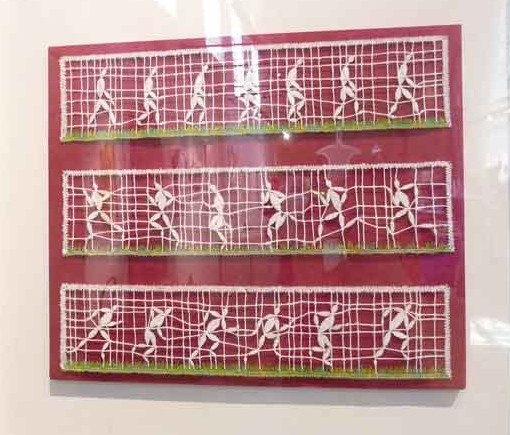 Her piece created from tiny lace figures is both stunning from a distance and a total delight on closer inspection. This is the aesthetic experience contemporary lace has to deliver to win a new audience – and which traditional work used to achieve by a gargantuan effort that is no longer affordable. 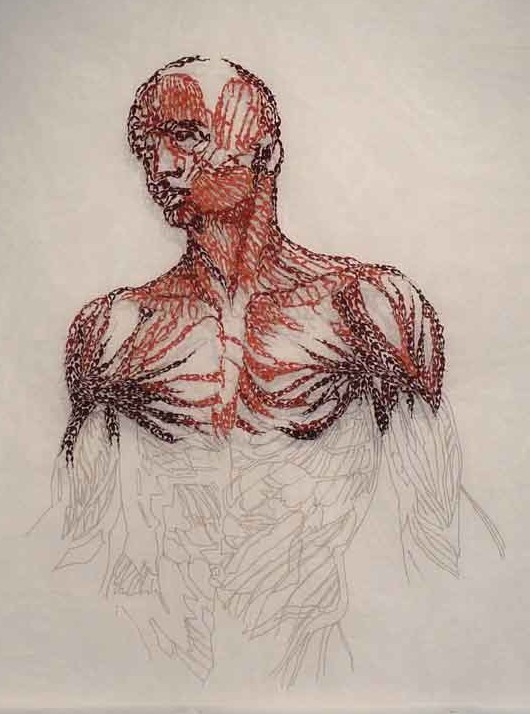 That is unless someone decides to dedicate years of her life to it, as Chantal Hervieux has chosen to do. A small section of her shawl in polychrome silk Courseulles lace in an antique pattern (in process on lace pillow at top of story) can be seen below. French lace artists such as Pierre Varenne and Veronique Zimmerman are now pushing modern approaches to ever more interesting heights. 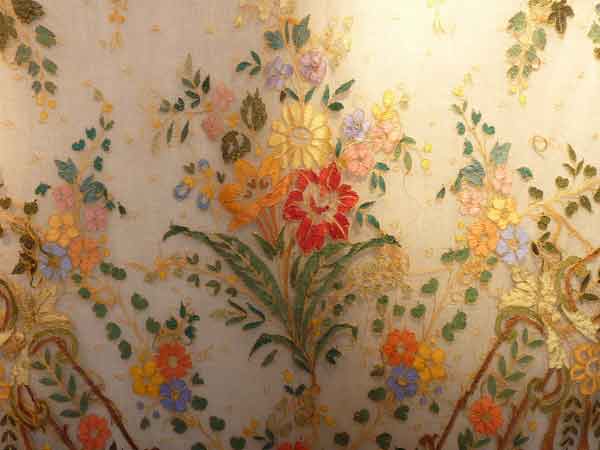 Then it was on to Spain. We flew to another international festival of lace in Ourense in Galicia (northern Spain) where I taught a contemporary approach to lacemaking. Techniques which have nearly died out elsewhere, such as netted lace, were on display and revealed new possibilities. Ana Castro Barja melded high quality weaving with macramé and lace to create stylish fashion pieces. 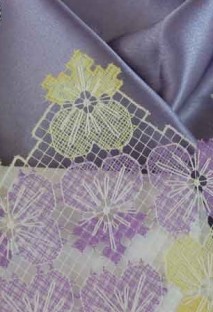 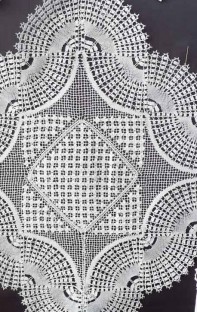 Galicia is one of the last places still to boast a traditional lace industry, centred on the fishing village of Camarinas. Spanish interiors still make use of handmade lace on table and bed linens and dealers descend in large numbers to buy up the town’s supply at their own festival each spring.

Many of those making lace now took it up during the revival of the 1970s-80s. But Doily Free Zone, a seminar led by young lacemakers (under 40), aims to raise the status of lace next spring in Pavia, Italy. It is a welcome light shining on the horizon.

The organizer, Angharad Rixon of Textile Support, is hoping there will be creative combustion as the generations mix ideas and approaches. Many of us long-time lacemakers will be cheering them on! 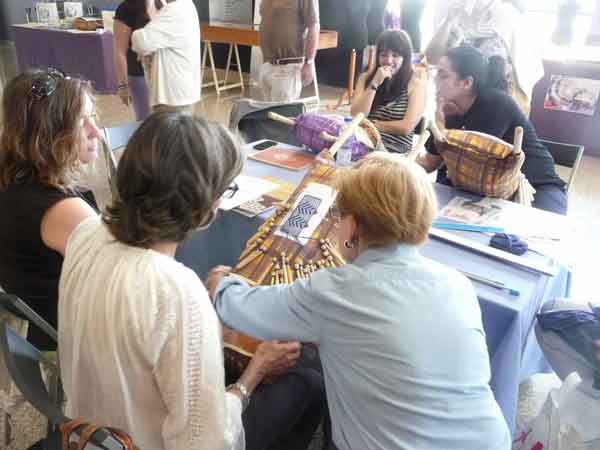 Here are a few tips for future lace-focused travel: 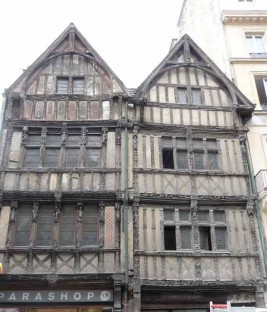 The next Czech International Vamberk will be held in 2015 during the last weekend of June. 2 good hotels are Hotel Havel in Rychnov and Hotel Krajka in Vamberk. 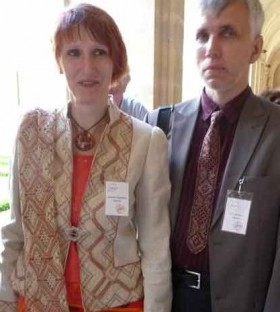 The next (2014) OIDFA Congress will take place in Adelaide, Australia.

The next lace festival in Ourense, Spain will be held the first week in July, 2013.

The next big European lace festival will be in Tonder, Denmark in 2013.

I recommend these links for further investigation of international lace-making: 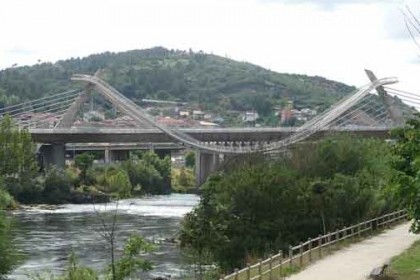 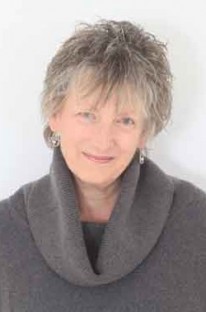 Jane Atkinson has dedicated the past 30 years to proving that lace techniques have a vibrant future. The author of 2 books 25 years apart, she is a former journalist who teaches and exhibits internationally, offering her students the fruits of constant exploration.

To engage her audience, Atkinson mainly uses yarns produced for other textiles to increase the scale, speed, impact and expressive content of her work. She enjoys exploiting the potential of each newly-discovered yarn, combining the results with her passion for pattern – manmade, natural and that which forms under her pen – and exploring its possibilities in lace. Daily marsh walks with husband Terry near the coast of Dorset, UK, where they live, provide both the joy of seeking source material and the focus of her current work. She is a new member of SDA, having purchased many back issues of Surface Design Journal‘s Lace-themed edition (Spring 2011) to distribute among her colleagues in the UK .

Visit her website to view her work and books at www.contemporarylace.com