This week’s Friday Fibers Roundup looks at a sassy book by an SDA member, the origin of the Pantone color system, a 6,000 year old piece of indigo-dyed fabric, and so much more! 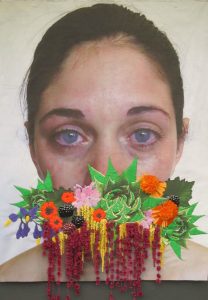 1) Crochet Coral Reef: TOXIC SEAS celebrates the 10th anniversary of the ongoing project by Margaret and Christine Wertheim from their organization the Institute for Figuring. The exhibition is on display at the Museum of Arts and Design in New York until January 22nd, 2017.

2) With Halloween only 10 days away, check out Frau Fibers’ (Carole Frances Lung) Halloween Costume Manifesto in which she urges you to reconsider buying fast fashion costumes in lieu of making your own.

3) “Mark My Words: The Subversive History of Women Using Thread As Ink” by Rosalind Jana looks at the rich tradition of women stitching words onto clothes, turning to thread and fabric in place of ink and paper (via Broadly).

4) The 2016 MacArthur Fellows we recently awarded. These talented, dedicated individuals are breaking new ground in the fields of arts and sciences.

5) SDA member Juliet Martin’s book I Would Wear That: A Self-Absorbed Study in Non-Functional Weaving challenges the traditional aesthetics and utility of weaving.

6) A recently discovered 6,000 year old fabric reveals that Peruvians were dyeing textile with indigo long before Egyptians (via Livescience).

7) Robert Ridgway’s A Nomenclature of Colors for Naturalists is now on display at the Smithsonian National Museum of Natural History. The book, which began as an effort to describe the diversity of birds, has now led to one of our first modern color systems, Pantone (via Hyperallergic).

8) The Kindcraft visited the 200 year-old Higeta Indigo House in Mashiko, Japan on a recent trip to the island nation, and stopped by Tokyo’s Amuse Museum to see their boro patchwork textiles in this article.

9) The U.S. Military is issuing a fashion challenge to designers in order to find a better protective suit against chemical and biological attacks (via the LA Times).

10) A collaboration between designer Olya Glagoleva and artist Lisa Smirnova captures the look paint splatter on clothing through the use of meticulous embroidery (via Colossal).