From sea algae-based flip-flops, to NASA using origami, this week’s Friday Fibers Roundup is looking at all the ways artists and designers are taking traditional ideas and blending with technology to help create a brighter future. 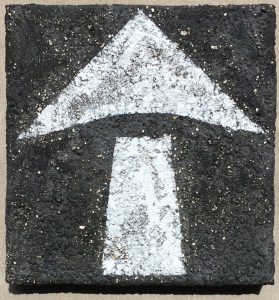 1) Artist and designer Clara Daguin embroiders circuits, luminescent wires, and sensors on her clothes, revealing the poetry of the miniaturized universe and our addiction to the connection (via Arte, article is in French, but can be translated).

2) “How Technology is Shaping the Future of Sustainable Fashion” by Whitney Bauck looks at how the most exciting developments in fashion aren’t happening on the runway, but rather in a lab (via Fashionista).

3) This video shows how, inside a tiny factory, a robot makes a shoe from scratch in six minutes.

5) “Making Sandals from the Sea: Biochemists Fashion Algae-based Flip-flops” by Deborah Sullivan Brennan examines the new project from UC San Diego where flip-flops can be made from a renewable and potentially biodegradable alternative (via San Diego Tribune).

6) “10 Narrative Films About Garment Workers (And Why There Aren’t Many More Than That)” by Sara Tatyana Bernstein both highlights and calls into question the limited amount of resources for the documentation on garment worker’s rights and experiences (via Dismantle).

7) “What the Ever-Evolving Little Black Dress says about American Culture” by Sarah Dotson looks at the history of the LBD, its first iterations, and it evolution over time (via Artsy).

8) This video shows how the ancient artform of origami is helping engineers at NASA develop ways to bounce light away from distant stars.

9) Suzanne Lee is Director of the project and a Senior Research Fellow at Central Saint Martins, University of the Arts London, where she is collaborating with scientists to unite design with cutting edge bio and nano-technologies (Trendland).

10) “Uniqlo’s Really, Really Warm Textile Revolution” by Astrid Harders looks at how the company’s HEATTECH fabric helps people keep warmer in the winter by recycling their heat back into their body (via Vice).