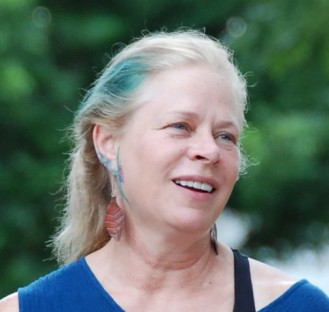 In the world of textiles and surface design, Jane Dunnewold is a sought-after instructor and celebrated author. Her landmark books Complex Cloth and Art Cloth have introduced surface design techniques to thousands.

Jane is also a visionary with a loving and spiritual focus on life. She gives deeply and freely of herself to others in both her personal and professional lives. Jane laughingly refers to herself as a “first born” – a birth position that often leads eldest siblings to strive to achieve in life.

Jane is that achiever, and even more than that, a visonary and innovator who cares deeply about SDA. While maintaining a Herculean teaching and travel schedule and building an exciting new home for studio workshops in San Antonio, Jane has also served as SDA’s Vice-President and then President since 2012, participating in re-visioning, re-shaping and streamlining SDA into a more vibrant, forward-thinking organization. 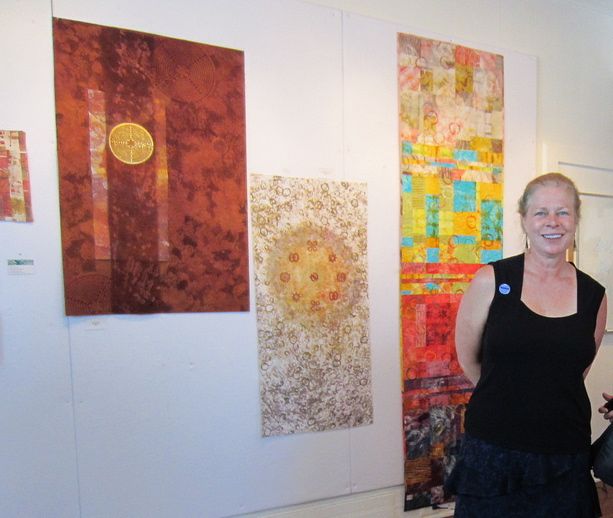 I’ve known Jane for over 14 years. In 2011, at the SDA conference in Minneapolis, Jane and I had long conversations about our dreams for SDA’s future. She had been asked to take on the role of president and I pledged then to join SDA board and support her in making our dreams for SDA a reality.

Diane Sandlin joined us as SDA Executive Director in 2012. Since then, the 3 of us have worked tirelessly as a team to lead SDA through a challenging conference, major staff changes and a complete inventory and reorganization of organizational priorities and initiatives. 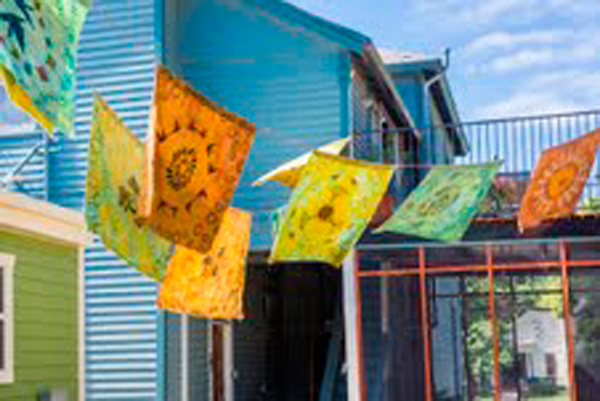 With career and family care demands increasing, Jane Dunnewold is stepping down from day-to-day time commitment as SDA President but will still have a vital role on the board as SDA President Emeritus. Jane’s extensive travels and contacts each year can help gather vital information about trends in the field, promote SDA membership to new audiences and share information about SDA happenings with members and instructors.

Jane’s legacy to SDA is one of taking confident action. She will continue to contribute to SDA’s evolution and growth – a testament to her belief in SDA’s continuing importance in the world of textile and fiber art and design. 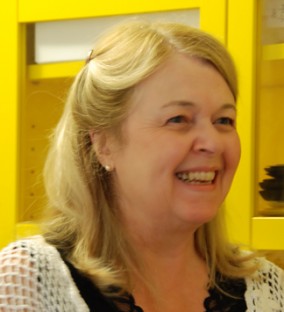 Jeanne Beck is a full-time artist who lives in the Finger Lakes region of New York State. She served as SDA New York State Representative from 2008-2011 until she joined SDA Board in October of 2011. She became SDA Vice-President in 2012 and incoming President in June 2014.

Beck’s professional career started with writing radio commercials for WBEN AM-FM in Buffalo then moved into public relations and development. She worked as an executive director for 3 foundations over 11 years, after which she opened Beck Publications and worked as a corporate communications consultant for 8 years. During that time she also wrote freelance magazine articles for numerous publications, including Surface Design Journal and SDA (formerly printed) Newsletter.

Beck’s mixed media constructions have been exhibited in numerous venues in the US, UK, Canada and Australia. She has won numerous awards, including a 2013 Niche Award for fiber art.