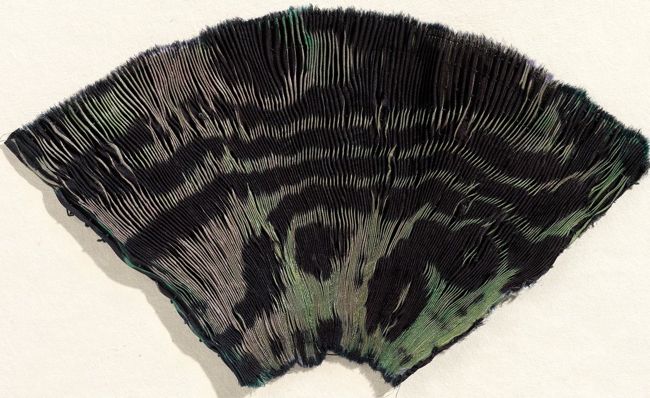 After 30+ years of studio work and teaching, I sometimes wonder what’s next?

My students often ask me…when are you writing a book? 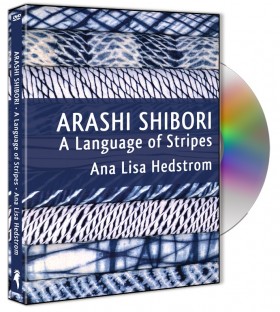 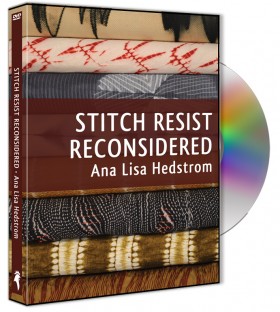 I always put that idea on the back burner, until last year (2012) when I decided that it was time to make my workshops more widely available.

Arashi shibori is the technique that has fascinated me most throughout my career. I love that something so simple as wrapping fabric around a pole can be developed in so many sophisticated ways. 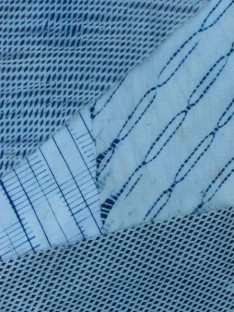 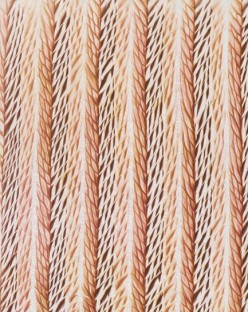 In this 2 disc “workshop”,  I share my fascination with the history of arashi and show many samples of vintage Japanese fabrics. They still amaze and inspire me. How could the artisans produce such tiny patterns!? Friends and colleagues loaned many traditional textiles to film. I was especially inspired by the African examples. This could be a whole new direction for me.

As for stitched resists, I am not a skilled stitcher, but I seem to be using it more and more in my own work. It is my complete “klutziness” with a needle that pushed me to develop a foolproof way of doing traditional Japanese stitch resist. Just give me a tool to help the process along and I get excited! 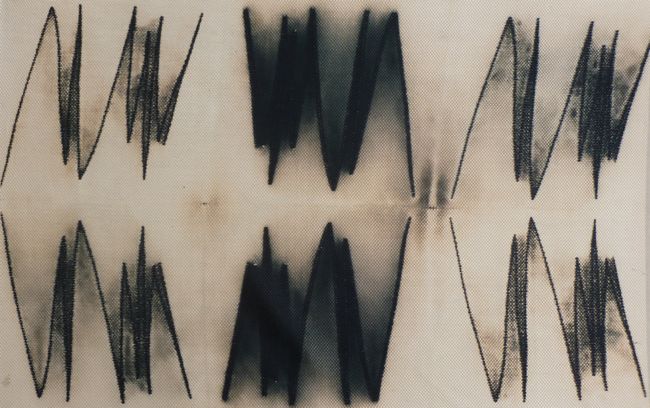 Based on the accordion folded shibori of Motohiko Katano, stitching through folds with a sewing machine is perfect for modular squares or strips for piecing or quilting. The stitching is not pulled up; it acts instead like a clamp, channeling the dye or dye remover. I expect someone will really run with this idea. I can’t wait to see their results! 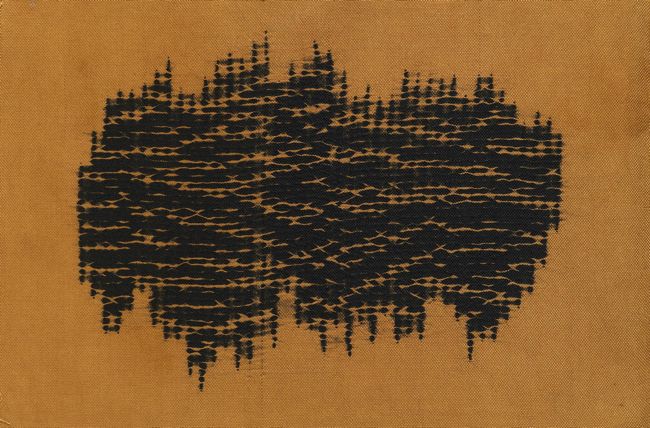 Instruction in the use of a smocking pleater is also included. This is a great tool for miniatures, textures, moire patterns, and trims. 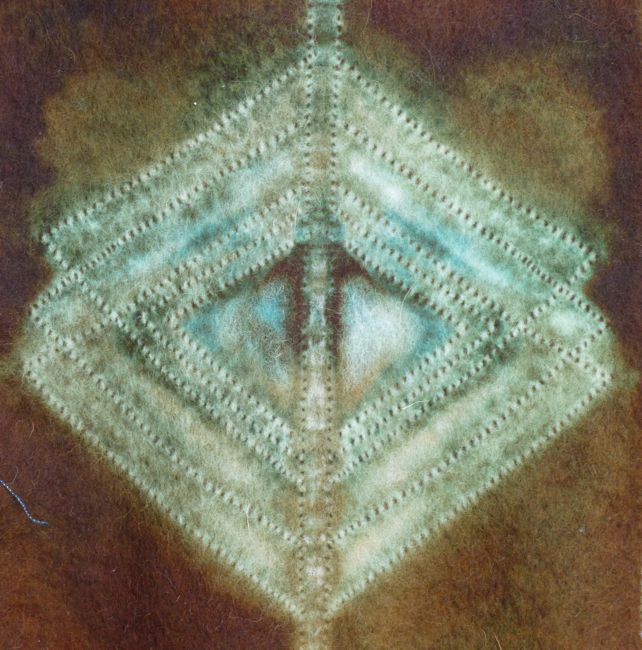 There were many decisions in making the DVDs. Should I make it appeal to a mass audience? Or talk to more experienced artisans who are already skilled in many shibori techniques? I decided to make a complete “textbook” – with chapters for beginners as well as for the more advanced. I knew I probably wouldn’t come back to make another DVD.

Did I have to leave things out? Absolutely. But choices had to be made – and I do feel I have something to contribute after so many years of exploration and teaching. Teaching is so much more than technique. I try to share my studio philosophy of experimenting and trying ideas on a wide variety of substrates. The fabric always “talks back”. If you pay attention, ideas take shape. 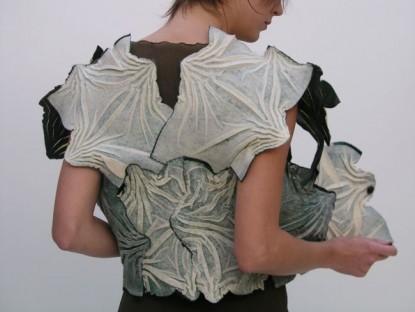 This filming took more than a little courage for someone who has a phobia of being filmed.

Fortunately my filmmaker and producer, Andrew Galli of www.gallifilms.com is very experienced. He knows just when to step up and play the role of cheerleader when needed.

The best part? Getting back to the studio and pursuing new ideas.

Each boxed DVD is 2½ hrs on 2 discs.
They are available through my website at www.analisahedstrom.com
(where you can view excerpts from both DVDs)
and also at Dharma Trading, ProChemical & Yoshiko Wada’s website at www.yoshikowada.com. 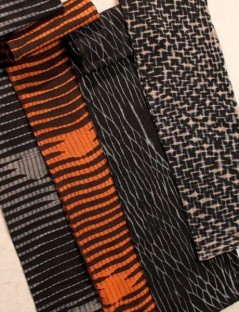 Internationally, they can be purchased at Zijdelings
(The Netherlands), Gallery Smend (Germany),
Rainbow Silks (Great Britain) and Silksational (Australia).

Both DVDs will be available for purchase at SDA Conference Bookstore during 2013 SDA in•ter•face Conference in San Antonio, Texas, June 6-9. Hedstrom’s scarves and accessories (shown at right) will also be featured at in•ter•face SDA Members’ Trunk Show. 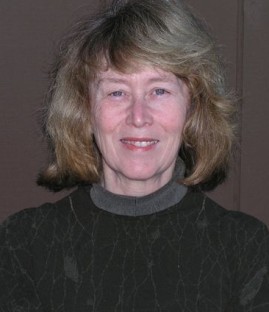 Ana Lisa Hedstrom is known for her signature textiles based on contemporary adaptations of Japanese shibori resist dyeing. Her work is included in the collections of major museums including Smithsonian Cooper-Hewitt National Design Museum, Museum of Art and Design, De Young Museum, and Oakland Museum.

Her work had been exhibited and published internationally. She has taught and lectured at San Francisco State University and California College of Art and at numerous international conferences and summer art programs.

Her awards include 2 NEA grants and she is a fellow of The American Craft Council.