When we think of weaving or plaiting as an art form, our initial response is to consider it in relation to traditions associated with women. However, there has been a shift in Aotearoa New Zealand over recent decades. A growing network of kairaranga tāne (Māori male weavers) has been working within their whānau (families) and communities, continuing a centuries old lineage of men who weave. Weaving traditions associated with indigenous cultures have over time been altered and changed by the influence of colonial expansion. Although Captain James Cook, who ‘discovered’ Aotearoa in 1769, observed predominantly female weavers, it is accepted within Māori communities that men were often a part of weaving traditions.

A recent exhibition called Hao: Māori Male Weaving held in Whakatane, Aotearoa, brings together a group of kairaranga tāne who represent the breadth of current weaving practice. Hao means ‘to gather within a net’, and in the context of the exhibition is a reference to some of those early Māori raranga practices associated with men, but also explores many other woven forms including kākahu (clothing or cloaks), kete (baskets), whāriki (floor mats) and and tukutuku (latticework). Co-curated with Mark Sykes of Ngāti Rangitihi and Ngāti Porou descent, a kairaranga tāne himself, this exhibition is part of a series of projects that highlight the work of these and other talented Māori male weavers. 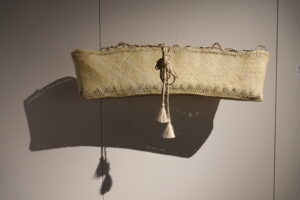 Included in the exhibition are experienced raranga (weaving) specialists such as Karl Rangikawhiti Leonard of Ngāti Rangiwewehi, Ngāti Ngāraranui, Ngāti Awa, and Ngāti Raukawa descent. He has been weaving since the early 1980s and links his motivation to pursue raranga practice to a long lineage of kairaranga (weavers) and kaiwhakairo (carvers) on both sides of his whānau (family) including his grandmother Ranginui Parewahawaha Leonard who was a tohunga raranga (master weaver) and continued to weave daily until she was 105 years old. 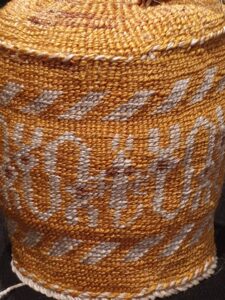 Leonard’s practice is largely based on the continuation and innovation of raranga forms such as piupiu (waist-to-knees garment made of flax) and tāniko (finger woven, embroidered). His most recent works have been heavily influenced by his time in the United States as an artist in residence where he began experimenting by combining shapes and techniques shared by indigenous artists he met with Māori tāniko techniques, patterns and materials. One particular work titled Te Pūmotomoto that literally translates to the fontanelle of a new born baby references the passing on of knowledge but also the fragility of our time. A hue (gourd) is suspended over an upturned basket with the fingers of a hand extending upwards. Around the circumference of the basket are two repeated patterns in white on a bright yellow background. One is a stylised manaia (bird-like spirit form) and the other is a geometric pattern that is both the motif from Covid-19 infographics and a familiar tāniko design. 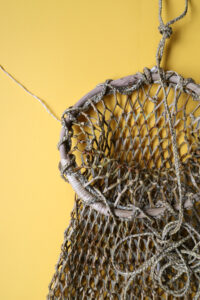 Matthew McIntyre Wilson of Taranaki, Ngā Māhanga, and Titahi descent originally studied jewelry and developed a signature artistic practice based on woven forms made from copper and silver. He was mentored in raranga and whatu by tohunga raranga (expert weaver) Rangi Kui of Ngāti Kahungunu descent and has explored many woven forms and their origins as a result. More recently he has been researching and making hīnaki and kupenga which he has been presenting within a contemporary art context. These items are still used by Māori in a contemporary context in order to catch specific endemic fish and eel species. In some cases traditions and knowledge have been lost or are difficult to acquire particularly in terms of construction techniques and the application of rare natural resources or those difficult to harvest. His pēke mau tuna (eel bag) is an example of a form that has fallen out of use over consecutive generations due in part to the availability of other Western alternatives and also as other food sources took precedence for Māori communities. Many native species have been in decline over recent decades as a result of over fishing, environmental degradation and pollution, but some customary practices are making a return as awareness and understanding increases. 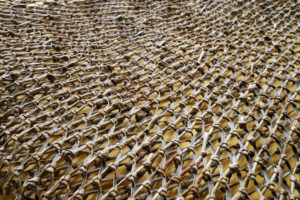 Auckland based kaiako (teacher) Tuwhiti Happy of Te Whakatōhea, Tūhoe, Te Whānau-a Apanui, Ngāti Whātua descent was taught by his kuia (grandmother or female elder) Martha Hetaraka who was keen to increase the numbers of kairaranga within their family. He began weaving in his early teens making rourou (small baskets) and kete kai (food baskets), but has over the years become an expert in kete whakairo (decorated baskets). He talks about himself as being part of a lineage within his own iwi (tribe) of kairaranga tāne with much of his work based on stories, memories and descriptions of traditions that have been lost over the decades. In particular he has become interested in the practice of making kete to hold the bones of tūpuna (ancestors) that are left uncovered by coastal erosion, shifting tides and storms as many Māori burial grounds are in sand dunes and bordering beaches. Happy has made his first kete koiwi (bone basket) in order to reintroduce this particular woven form back into his hapu (subtribe). He has experimented with the open weave near the base which allows the sand to fall through and the looped lip that enables the user to close the kete once the koiwi have been placed inside. This is one of many examples of the reclamation and rediscovery of many practices and traditions from the past. 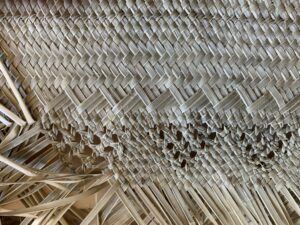 This is also true of Nelson-based kairaranga tāne Hamuera Robb of Ngāti Kuia, Ngāti Koata and Ngāti Apa descent who has been exploring the recreation of historical kākahu that were collected by a Russian ship during an expedition to Aotearoa in 1819-20. He has researched examples of kaitaka (fine cloaks) from Te Papa Tongarewa Museum of New Zealand and in international collections in order to create his own unique versions, allowing him to include his whānau and other weavers in the gathering and passing on of knowledge that would otherwise have been lost. 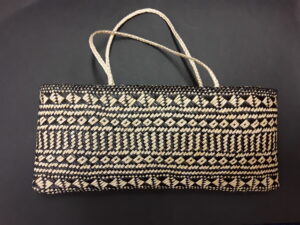 There are many other kairanga tāne of note such as Nigel How of Ngāti Kahungunu descent and Cori Marsters of Te Arawa, Te Whakatōhea and Ararau descent who are both recognised for their particular finesse and attention to detail, creating works that are admired for their skill and quality of finish. There are those that are pushing the boundaries and exploring other forms and functions such as Wi Pohatu of Ngāi Tāmanuhiri and Ngāti Kahungunu ki Te Wairarapa descent, or the accomplished and self-taught such as Te Weu Jobe of Ngāti Tamaterā, Ngāti Raukawa and Ngāti Huia descent alongside the aspiring kairaranga such as teenager Pikirangi Daniels of Te Arawa, Te Whānau-a-Apanui and Samoan, Cook Island descent who represents a new generation of makers coming through. 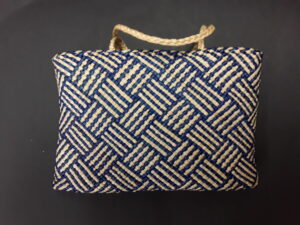 As has been illustrated, it is a mistake to resort to stereotypes in order to describe a practice or to define a group of makers; however, gender biased assumptions associated with textiles or fibre based making still persist. While a number of projects such as the Hao: Māori Male Weavers exhibition have worked to dispel some long held misconceptions about the role men have played in the history of weaving, there are still a surprising number of people who are unaware of how men have participated in indigenous weaving lineages. There is no dispute that a large proportion of indigenous weaving practice here in Aotearoa New Zealand and throughout the world has been, and still is, the domain of women. The reasons for this are complex, sometimes fluid and are often related in large part to the cultural frameworks they have been established in. However, while these parameters have shaped the expectations we now have of weaving practice and practitioners, including the issue of gender related roles, there is room for us to alter our preconceptions and consider the possibilities and perspectives these talented individuals have to offer. 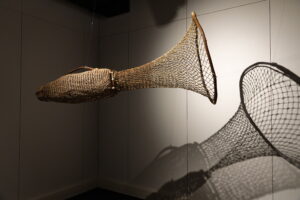