In case you haven’t heard about it yet, Kickstarter
“is a new way to fund creative ideas and ambitious endeavors”
(from the FAQ on their website www.kickstarter.com).
Also according to their FAQ: 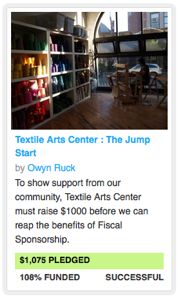 ckstarter is focused on creative ideas and ambitious endeavors. We’re a great way for artists, filmmakers, musicians, designers, writers, illustrators, explorers, curators, performers, and others to bring their projects, events, and dreams to life.
Kickstarter believes that
• A good idea, communicated well, can spread fast and wide.
• A large group of people can be a tremendous source of money and encouragement.
Kickstarter is powered by a unique all-or-nothing funding method where projects must be fully-funded or no money changes hands.”

Bottom line: You either make your goal in the allotted time or you get no money. You also have to create and fulfill levels of “rewards” for your backers–the preferred term for donors.

Owen Ruck, co-founder and “Operation Dictator” of the Textile Arts Center generously agreed to share her experience with SDA NewsBlog readers in this case study of a successful campaign (-Ed.).

The Textile Arts Center provides a fully-equipped studio environment where textile enthusiasts can learn, create, and share their work. 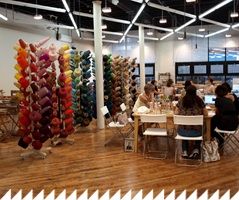 Located in Brooklyn (NYC), TAC provides an environment for the professional, the artist, and the student. With an invested interest in the conservation of hand weaving and other fiber arts, TAC offers a fully equipped studio and gallery space for those with enthusiasm and curiosity–with or without experience. It is a place in which craftsmen are, once again,
nurtured in their making from beginning to end.

Classes, workshops, and special events are offered for adults and children year round. 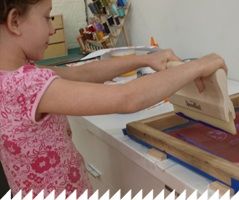 We found out about Kickstarter from a friend who was using it to support their band’s tour. Initially, it seemed that users needed to be invited by Kickstarter to have a campaign, but we emailed them with our idea and what we would use the donations for and were approved for an account to start a campaign right away!

Our first campaign was called The Jumpstart. Textile Arts Center gets current fiscal sponsorship by Fractured Atlas, allowing us to accept tax-deductible donations and a 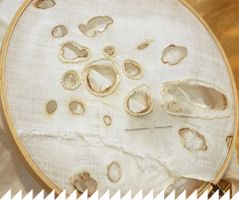 pply for grants. In order for us to begin reaping these benefits, however, we had to prove that we have support from our community by raising an initial $1000. So this was our first goal and we were successfully funded within 48 hours! This money will go toward the grant-writing process. 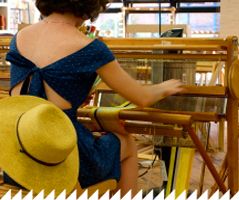 Kickstarter was incredibly simple to use. I’m sure there is great user support, but we never needed it. The whole process was so user-friendly. The site is very well organized and clear, and the campaign took me about 10 minutes to set up. We did not go crazy on this first campaign; the image we used to identify ourselves on the Kickstarter website was very simple. In our future campaigns we will use video and other available features for promoting and attracting attention to our project.

The part that takes the longest is deciding the levels of rewards!

The rewards we chose were things we thought people would actually like and that we could easily produce. We wanted each reward to be something handmade–to represent 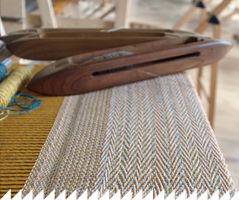 what we stand for. We were still fulfilling them a month after the campaign was over so, unfortunately, I think we made them a little too “good”. It was difficult to judge what backers would want and what would entice them to give. In the end, a large part of our backing was from people we knew and who wanted to support us. I realized afterward that giving such intricate prizes just made the process a bit more difficult and it took us longer to get them to people. Next time we will find a better balance.

I think it’s fair that Kickstarter requires rewards and enforces their fulfillment. For better or worse, part of our nature as consumers (and philanthropists!) is to want something in return. I think it is OK to accept this and work with it–not fight against it–because in the end it’s all a give-and-take. We need help; people want something in return. If backers are walking arou 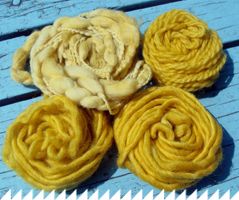 nd with a Textile Arts Center t-shirt on, all the better!

Kickstarter takes 5% off the top of successful campaigns. You are also required to set up an Amazon.com account to receive money from supporters and have to pay Amazon a small fee. I hardly noticed these fees, but they could be considered drawbacks.

Textile Arts Center has been around for just over a year. Our current funding and start-up money were from the investment of Visnja Popovic, co-founder and director. We recently moved from a much smaller location where we were only able to offer weaving. We really wanted to be a true “center” for textiles, offering many different kinds of classes, workshops and events, so we found a beautiful new space in the Gowanus neighborhood of Brooklyn. 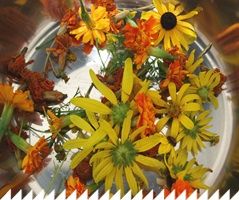 We have around 30 looms, varying in size and brand. Our surface design lab holds two yardage tables, four single use stations, a vacuum exposure unit, washout booth with power washer, and plenty of storage. We also are working toward a full dye lab, including natural and synthetic dyes. Our next Kickstarter campaign will focus on the dye lab!

We are in the process of planning a Artist Residency program with communal and private space for artists, as well as setting up our Textile Library and Resource Center. We continue to transform and add new features weekly!

Owen Ruck is co-founder and Marketing/Operations Manager of Textile Arts Center. A Brooklyn native, Owyn received her BS in Fine Art from Skidmore College then worked several years in various “creative” positions before meeting Visnja Popovic and starting TAC in May of 2009. Now happily teaching herself to run a business, she looks forward to many years of working with the textile arts community. She can be contacted through TAC at owyn@textileartscenter.com 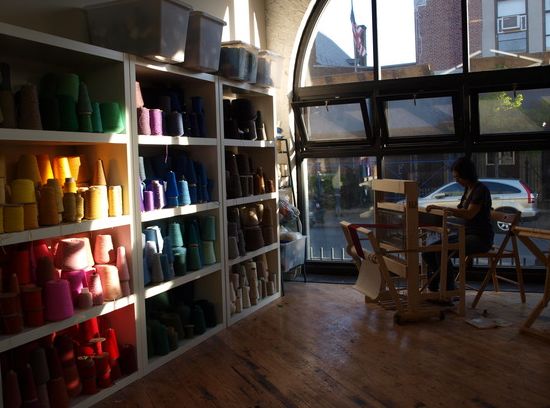